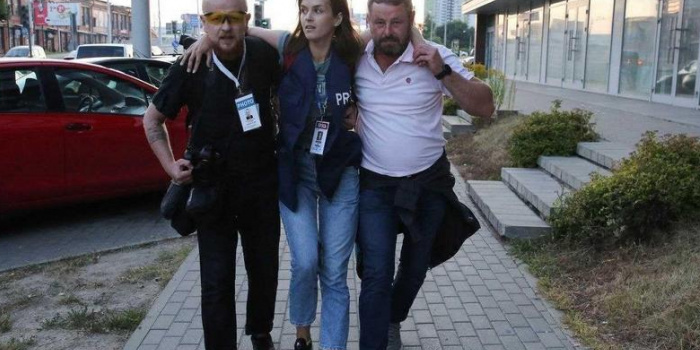 The editor in chief of Nasha Niva says the Belarusian newspaper has been told it faces a fine for failing to report to the authorities in a timely manner injuries suffered by one of its correspondents, who was shot in the leg by police during anti-government protests last month, as Radio Free Europe/Radio Liberty reported.

Officials "warned us that Nasha Niva should be fined because it didn't report the injury and didn't conduct its own investigation," Yagor Martsinovich wrote on Facebook on September 21.

Correspondent Natalia Lubnevskaya has spent 38 days in the hospital after sustaining the gunshot wound as she covered a mass protest the day after the August 9 presidential election that gave incumbent Alyaksandr Lukashenka a landslide victory, sparking opposition claims of a rigged vote.

Under Belarusian law, employers can face fines up to about $525 for failing to report on time a work-related injury or failing to conduct a probe into the incident.

Martsinovich said that the journalist's case was an unprecedented situation for the newspaper. He said they had been in contact with the authorities as they try to establish what documents they needed to submit.

Thousands of people have been detained and beaten by police amid the ongoing government crackdown over the protests.