Belarus to rank white and red colors among Nazi symbols 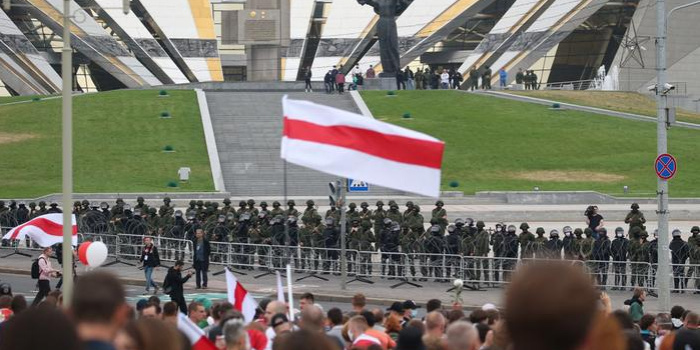 The Belarusian Ministry of Internal Affairs has proposed to rank a white-red-white flag and the slogan "Long live Belarus!" to the list of Nazi symbols and attributes, as Radio Liberty reported.

The KGB of Belarus received a draft act issued by the Ministry of Internal Affairs "On the definition of lists of organizations and other structures, Nazi symbols and emblems." The document contains a list of Nazi (collaborationist) symbols and emblems, including the white-red-white national Belarusian flag and the slogan "Long live Belarus!" wich are actively used during protest rallies against the Lukashenko regime.

The Lukashenko regime attributes it to collaborationist formations and organizations of the World War II.

On July 20, 1994, the inauguration of the first President of Belarus, Aleksander Lukashenko, was held under the white-red-white flag.

The flag ceased to be the state flag after a 1995 referendum initiated by Lukashenko, when it became a symbol of protest against his regime.

The slogan is "Long live Belarus!" as a political national appeal first sounded in 1910. In the 1920s, it was performed at a meeting of Belarusian students in Prague, and later at a Belarusian meeting in Paris and Vilnius. In World War II, the slogan was used by Belarusians regardless of political views, particularly in the Soviet press.