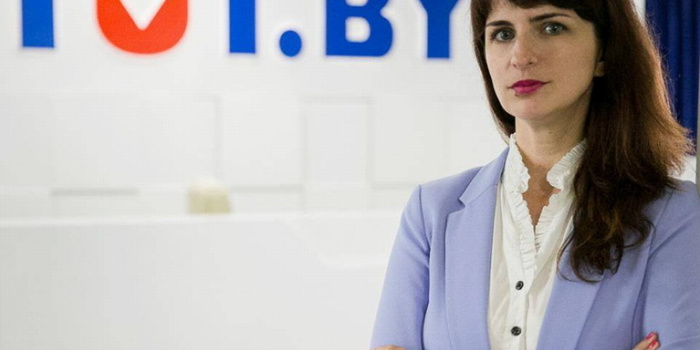 A physician and a journalist in Belarus have been convicted of disclosing information that contradicted official statements about the death of a protester killed during a crackdown on demonstrations against authoritarian ruler Alyaksandr Lukashenka, as Radio Free Europe/Radio Liberty reported.

On March 2, a district court in Minsk sentenced journalist Katsyaryna Barysevich to six months in prison and fined her 2,900 rubles ($1,110) for disclosing medical data and instigating a crime by pushing a first responder to share the information.

Doctor Artsyom Sarokin was handed a suspended two-year prison term and ordered to pay a fine of 1,450 rubles ($555) for disclosing the data to Barysevich.

The two were arrested on November 19, 2020, after Barysevich cited Sarokin in an article she wrote for the online media outlet Tut.by about Raman Bandarenka, who several days earlier died from injuries sustained in a beating by a group of masked assailants -- whom rights activists claim were affiliated with the authorities.

Belarusian officials have said that Bandarenka's attackers had nothing to do with authorities or riot police, adding that he was drunk at the time of the attack.

Barysevich contradicted that account, writing that no alcohol had been found in Bandarenka's blood, information she obtained from Sarokin, whose ambulance team provided Bandarenka with medical attention and took samples for tests right after he was found severely beaten.

In late November 2020, Amnesty International recognized Sarokin and Barysevich as prisoners of conscience and demanded their immediate release.

Bandarenka is one of several people to have been killed during the protests demanding Lukashenka's resignation after he was announced as the winner in an August presidential election.

Outrage over what was seen by both the opposition and by many Belarusians as a rigged vote to hand Lukashenka a sixth term in office brought tens of thousands onto the streets.

Some rights organizations say there is credible evidence of torture being used by security officials against some of those detained.

Lukashenka, who has run the country since 1994, has denied any wrongdoing with regard to the election and refuses to negotiate with the opposition on stepping down and holding new elections.

The European Union, United States, Canada, and other countries have refused to recognize Lukashenka, 66, as the legitimate leader of Belarus and have slapped him and senior Belarusian officials with sanctions in response to the “falsification” of the vote and postelection crackdown.