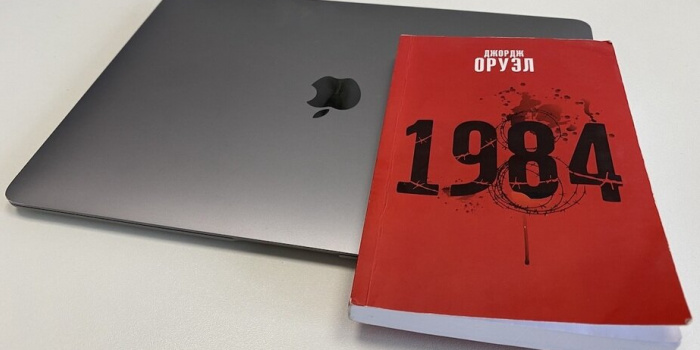 Belarus has banned the sale of George Orwell's novel "1984." This is stated in the relevant order, according to the publication “Nasha Niva.”

"All editions of G. Orwell's '1984' to be withdrawn from the market. Report on the implementation to be submitted no later than May 19," reads the order a copy of which has been passed to the publication's editors.

The editorial office notes that they do not publish a copy of the order for the sake of safety of the people who passed it on to them. The editors also note that they do not know how many bookstores and book distribution networks have received such an order.

George Orwell's dystopia "1984" describes a totalitarian society. The residents are deprived of civil rights and individuality, the idea of ​​order is absolute, there is a personality cult of Big Brother, and people are required to fully and uncritically submit to authority.

"War is peace," "freedom is slavery," and "Big Brother is watching over you" – these quotes from the novel have become idioms.

The book has been banned in the Soviet Union and other totalitarian states in Eastern Europe until 1987.

The first edition was published in 1992, translated by Serhiy Shupa. In 2020, the novel was republished by Yanushkevich Publishing House. And in 2021, one more edition of the novel was published. It became the bestseller in numerous bookstores, the newspaper writes.

In the state network "Belkniga," it was ranked 4th in the list of bestsellers.

According to the newspaper, on May 16, the GUBOZ political police detained publisher Andriy Yanushkevych. This was preceded by the creation of commissioned reports with falsified facts on Azarenko's and Gladka's Telegram channels, which are being used by the special services to justify the raids. In their reports about a raid on the new, just-opened Knigavka bookstore, the special services officers focused their attention on the shelves with "1984."