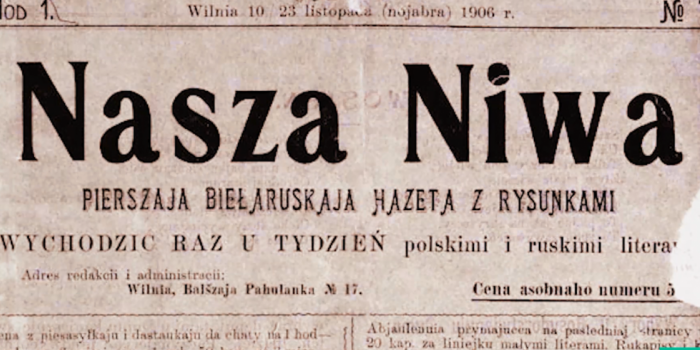 Belarus's oldest newspaper was banned as “extremist" on the 115th anniversary of its establishment in the latest assault on independent media since last year’s disputed presidential election, as Radio Free Europe/Radio Liberty reported.

The Nasha Niva newspaper as well as its Telegram channel and social media sites were outlawed by a Minsk court on November 23, which acted on a request from the Ministry of Information.

The ruling means that anyone who publishes or reposts Nasha Niva materials can face up to seven years in prison.

Belarusian authorities blocked the online newspaper in July and arrested its editor in chief, Yahor Martsinovich, and journalist Andrey Skurko. Both remain in custody.

In all, 29 Belarusian reporters are in custody, serving their sentences, or awaiting trial, according to the Belarusian Association of Journalists.

Dozens of news websites have been blocked in Belarus and independent media shuttered as part of a sweeping crackdown on information in the wake of unprecedented protests triggered by the August 2020 presidential election that gave authoritarian leader Alyaksandr Lukashenka a sixth term. The opposition and the West say the vote was rigged to keep him in power.

Lukashenka's government has cracked down hard on the pro-democracy movement, arresting thousands of people and pushing most of the top opposition figures out of the country.

Authorities have also declared hundreds of opposition Telegram channels and social media sites extremist, and anyone operating or using such sites can face jail time or fines.