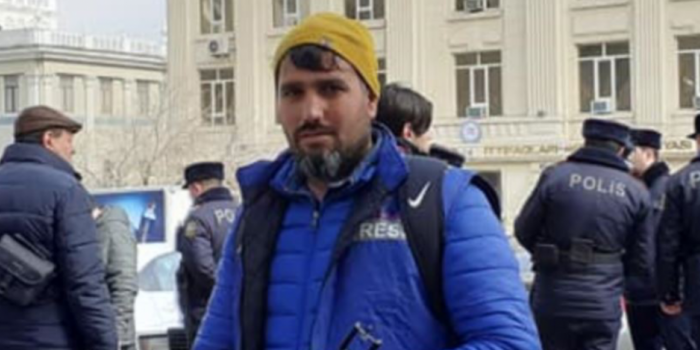 Reporters Without Borders (RSF) calls for the immediate release of Natig Isbatov, an Azerbaijani freelance reporter jailed for allegedly violating lockdown regulations by filming a protest outside an employment office in Baku, and urges the authorities to stop using the public health crisis to crack down harder on critical reporting, as Reporters sans frontières reported.

Fellow journalists said Isbatov was arrested on 9 April after interviewing a woman who had just been denied any financial assistance after losing her job as a result of the epidemic. He was sentenced the next day to 30 days of administrative detention for "violating the lockdown" (under article 211 of the Administrative Code) and "resisting the police" (under article 535).

"The misuse of lockdown measures to target reporters is the latest escalation in the persecution of independent journalism in Azerbaijan," said Jeanne Cavelier, the head of RSF's Eastern Europe and Central Asia desk. "The authorities are not keeping their promises to protect journalists. We firmly condemn Natig Isbatov’s detention and demand his immediate release."

From the outset, the Azerbaijani authorities have repeatedly voiced a desire to control information about the coronavirus epidemic. Under amendments to the law on information adopted on 17 March, the authorities can prosecute the owners of online media for any "inaccurate" or "dangerous" content, thereby making it harder to cover the crisis.

At the same time, media and journalists are also under pressure just to use the official information provided by the special Covid-19 unit that the government created on 27 February. And the prosecutor-general’s office has warned social media users that the authorities will investigate all reports of "fake news" and will punish "offenders." More than 120 social media users have received warnings from the police, according to Election Monitoring and Democracy Studies (EMDS), a Baku-based NGO.

Coverage of opposition parties, whose activities are easier to monitor during the lockdown, poses an additional danger for journalists.

After interviewing the head of the Azerbaijani Popular Front Party and attending the trial of the Musavat Party’s vice-president in Baku, Teymur Kerimov, a reporter for the Azad Soz news website, was followed and attacked on 20 April by four men, who seized his camera, laptop and memory card containing his recording of the interview. This is not the first time Kerimov has been harassed.

Azerbaijan is ranked 168th out of 180 countries in RSF’s 2020 World Press Freedom Index.