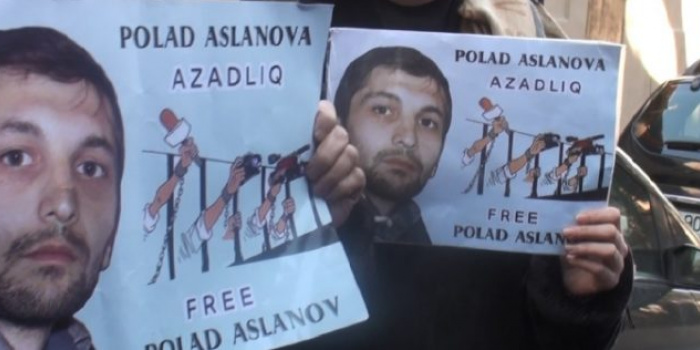 The Grave Crimes Court in Baku, Azerbaijan’s capital, today sentenced Polad Aslanov, the chief editor of the independent news websites Xeberman and Press-az, to 16 years in jail on the charge of high treason, his wife Gulmira Aslanova told the Committee to Protect Journalists via messaging app and the media reported. Aslanova told he planned to appeal the verdict, as the Committee to Protect Journalists reported on 16 of November..

“Azerbaijani authorities should immediately release journalist Polad Aslanov and not contest his appeal,” said Gulnoza Said, CPJ’s Europe and Central Asia program coordinator. “By jailing a critical journalist on trumped-up charges, Azerbaijan is only cementing its reputation as one of Eurasia’s leading jailers of journalists.”

The country’s security service officers detained Aslanov on June 12, 2019, at a border crossing along with his wife and daughter, when they attempted to enter Iran for a friend’s wedding, Aslanova told CPJ at the time. The journalist’s wife and daughter were later released, but Aslanov was charged with high treason for allegedly selling state secrets to Iran, according to news reports and CPJ research. Aslanova told CPJ today that at the court hearing, which was held behind closed doors, Aslanov denied the charges and said they were in retaliation for his reporting on official corruption.