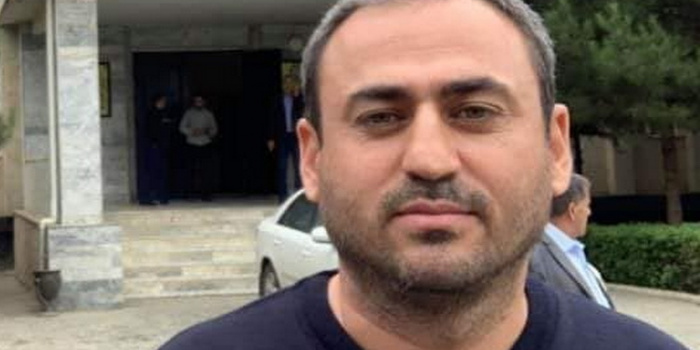 Azerbaijani authorities should release journalist Afgan Sadygov and drop all charges against him, the Committee to Protect Journalists said on November 4th.

Yesterday, Baku Grave Crimes Court sentenced Sadygov, chief editor of the independent news website Azel.tv, to seven years in prison, according to news reports, his wife Sevinch Sadygova, and his lawyer Elchin Sadygov, both of whom spoke with CPJ via messaging app. The journalist and his lawyer share a surname but are not related.

On May 13, 2020, law enforcement arrested Sadygov in Baku, the capital, as CPJ reported the following month. On May 14, the court charged him with extorting a bribe from a local official in exchange for not publishing compromising material about him, CPJ reported.

“Azerbaijani authorities should drop the fabricated charges against journalist Afgan Sadygov and release him immediately,” said CPJ’s Europe and Central Asia program coordinator Gulnoza Said. “Authorities should stop persecuting Sadygov for his reporting and allow him and other independent journalists in Azerbaijan to do their job freely and safely.”

While Sadygov denied all charges and remained in jail during the investigation, Muradov allegedly confessed to accepting the bribe and was released “under police control” pending an investigation, according to an official statement from the prosecutor general’s office that CPJ reviewed at the time but was no longer able to access today.

Yesterday, Muradov was sentenced to five years of probation, according to Sadygov’s lawyer. In June, Sadygov’s lawyer told CPJ he had not been able to locate Muradov, and believes Muradov could have been involved in framing the journalist. CPJ emailed and called Muradov today at the contact information posted on his outlet’s website, but did not receive any reply.

Sadygov maintains his innocence, according to his lawyer, who told CPJ that he will file an appeal shortly. The lawyer claimed that the charge was a retaliation for Sadygov’s May 13 publication about local officials in the city of Sumgayit allegedly involved in silencing underage victims of sexual assault by local police officers, as CPJ reported.

Sadygov started a hunger strike today, and claimed that he would maintain it until the charges against him are dropped, according to his wife.

Authorities previously detained Sadygov in July and November 2018, and he served 30 days in administrative detention for his reporting after each arrest, as CPJ documented at the time. In 2016, Sadygov served a one year and six months prison sentence over his journalism, as CPJ documented.

CPJ emailed the Azerbaijan prosecutor general’s office and the ministry of internal affairs for comment, but did not receive any responses.