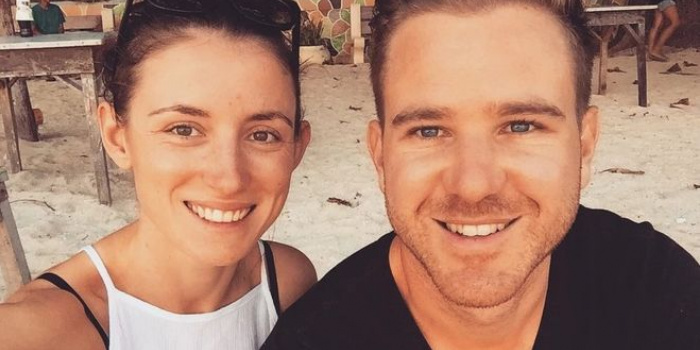 Two Australian citizens detained in Iran have been identified as Jolie King and Mark Firkin, as BBC reported.

Ms King, who also holds a UK passport, and Mr Firkin were blogging their travels in Asia and the Middle East.

They were reportedly arrested 10 weeks ago near Tehran but news of the arrest, and that of another British-Australian woman, came to light on Wednesday.

Australia said it had repeatedly raised their cases with Tehran, including in a meeting between officials last week.

Foreign Minister Marise Payne said she had lobbied on their behalf in a meeting with her Iranian counterpart.

She described the detentions as "a matter of deep concern" on Thursday, and confirmed that assistance had been offered to the families of the three detainees.

"[We] hope to see Mark and Jolie safely home as soon as possible," their families said on Thursday.

The situation comes amid growing tensions between the West and Iran.

Several dual nationals have been detained in Iran in recent years, including the British-Iranian woman Nazanin Zaghari-Ratcliffe.

Relations between the UK and Iran have also been strained in recent months by a row over the seizure of oil tankers in the Gulf.

Australia also announced in July that it would join the US and the UK in policing the Strait of Hormuz against Iranian threats.

Ms King - who has dual UK and Australian nationality - and Mr Firkin, an Australian citizen, were reported to have been travelling on Australian passports.

In 2017, the couple left Western Australia to embark on a major trip driving across Asia to the UK. They were documenting their adventures on Instagram and Youtube, where they had more than 20,000 followers.

Videos of their travel through a dozen countries featured their cultural interactions and often showed drone footage of the natural landscape.

"Our biggest motivation... is to hopefully inspire anyone wanting to travel, and also try to break the stigma around travelling to countries which get a bad wrap [sic] in the media," the pair wrote online.

Few details of the circumstances of their arrest have been made public, but the Australian Broadcasting Corporation said they had reportedly been flying a drone without a permit.

They are believed to be being held in Tehran's Evin prison, where Mrs Zaghari-Ratcliffe is also detained.

A source told the BBC that Ms King has been told she is being held as part of a plan for a potential prisoner swap with Australia.

The second detained British-Australian woman is reported to be a University of Cambridge-educated scholar who was lecturing at an Australian university.

She has reportedly already been tried on unknown charges and jailed for 10 years. The cases are not believed to be related.

While the charges against her remain unclear, 10-year terms are routinely given in Iran for spying charges, the Times said.

The two British-Australian women are believed to be the first British passport holders without dual Iranian nationality to be held in the country in recent years.

He "raised serious concerns about the number of dual national citizens detained by Iran and their conditions of detention", said the UK Foreign Office.

Savik Shuster ‘s program claimed about pressure from PO: boycotts and recall of ministers off the air
Blogs
Sanctions against Medvedchuk’s TV channels. The first estimates
Do you want to be first to learn about the new research of the Institute of Mass Information? Subscribe to the newsletter!