ATR may suspend broadcasting in early May, due to lack of funding 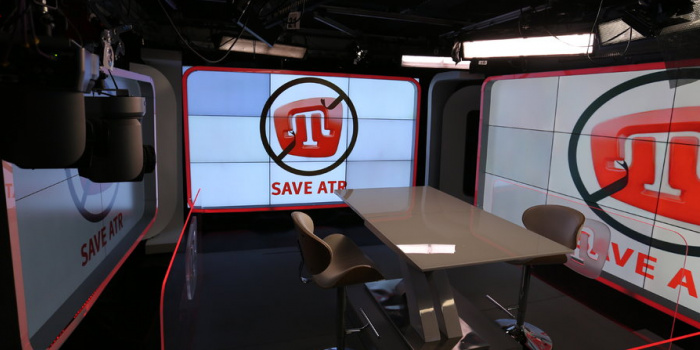 Crimean Tatar channel ATR may suspend broadcasting until May 18 due to lack of funding, as Ukrayinska Pravda reported referring to the deputy CEO of the channel Aider Mudzhabaev.

He reminded that the head of state had promised to resolve the issue of financing the TV channel on February 26.

"Government meetings took place and the process seemed to get underway. We felt that the funding would be started and we could clear all the debts. But then the difficulties began, the Ministry of Culture forced us  to recast all papers. Tomorrow (April 29 - Ed. ),it will be the fourth government’s meeting, where they are unable to start financing the broadcaster, "- he said.

At the same time, Mudzhabaev added that the channel has been operating for a several last months solely because of its own resource and donations of people from the occupied Crimea.

"We have just over 10% left of the team. We do not produce our own product, we only work to inform people on the peninsula about the coronavirus," he said.

He noted that if they do not open funding, the channel will be forced to close in early May.

"There is now a great danger that by the day of the Crimean Tatars Genocide Victims ATR will no longer be able to broadcast," he said.

As IMI reported on February 26, President Zelensky assured that ATR would not lose state support. "I want to assure that the ATR channel will continue its work, and no one will deprive them of state support. This issue will be resolved in the near future," the president said at the Age of Crimea forum in Kyiv on Wednesday.

On February 24th, ATR, has submitted a plea to the European Parliament and European Commission asking the institutions for financial support as it faces imminent closure due to lack of funding.

As IMI reported,on February 10 the Crimean Tatar channel ATR its financing from the state budget was suspended and the broadcaster was under threat of closure.  Some of these funds were transferred to the ATR account, but it has been blocked by the Treasury.

Due to the blocking of funds, ATR has launched the #SaveATR Marathon: they broadcast programs without presenters and guests.

On February 11, the Minister of Culture, Youth and Sports of Ukraine Volodymyr Borodyanskyi said his department was to settle the issue of under-financing of ATR channel.

Earlier this month, the ATR owner Lenur Islamov told that because of underfunding, ATR TV channel has reduced 45% of its staff. About 40 persons have been fired, journalists, film directors and others. News editions have been also cut and live broadcasts have been suspended. Islamov added that the channel was on the verge of closing.