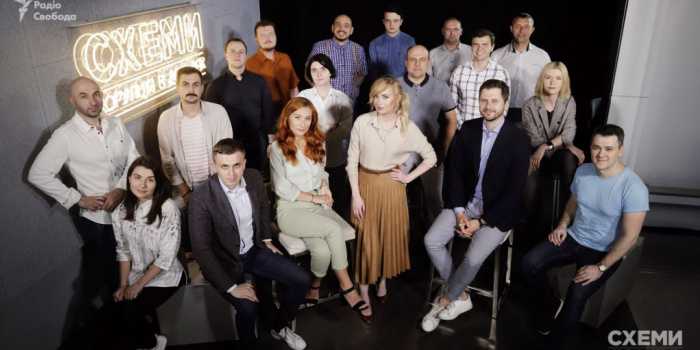 The project of investigative journalism “Schemes: corruption in details” and former hostage of separatists in Donbass Stanislav Aseyev were among other laureates who won Free Media Award 2020. The Fritt Ord Foundation, Oslo, and the ZEIT Foundation Ebelin and Gerd Bucerius, Hamburg told it, as Radio Free Europe/Radio Liberty reported.

Also Free Media Awards 2020 were conferred to the Russian media platform Mediazona for its educational reporting and its efforts in support of independent journalism; the editorial department of the Russian Projekt.Media for its investigative research on corruption and abuse of power; the Azerbaijani photojournalist Aziz Karimov for his eye-opening photo essays on the situation in the rural regions of Azerbaijan.

“The television programme Schemes is a mainstay of investigative journalism. The programme is a joint project of Radio Free Europe/Radio Liberty and the public television station UA: First. With its investigative efforts, the editors of the weekly programme cast light on political corruption and political linkages. The journalists and the team have on multiple occasions been attacked for their work” the award founders said in its report. And Aseyev was honoured as the journalists whose stories from Donbas “were an important source of information about life behind the front in eastern Ukraine. In a series titled “Letter from Donbass”, Radio Free Europe published roughly 50 reports from the occupied Donetsk written by Stanislav Aseyev under the pseudonym of Jerry Toms”.

““This year’s Free Media Awards are being bestowed on brave journalists and editorial departments which fearlessly uncover corruption and the abuse of power, who expose human rights violations, and who are not intimidated by their governments. In doing so they defend the freedom of the press that is vital for a functioning civil society. Supporting their efforts is a mission of great importance for the ZEIT-Stiftung”, explains Prof. Dr. Michael Göring, CEO of the ZEIT Foundation,” the awards founders said.