As I was leaving that TV channel in 2014, they gave me "accreditation" from their leader Strelkov – Serhiy Horbatenko 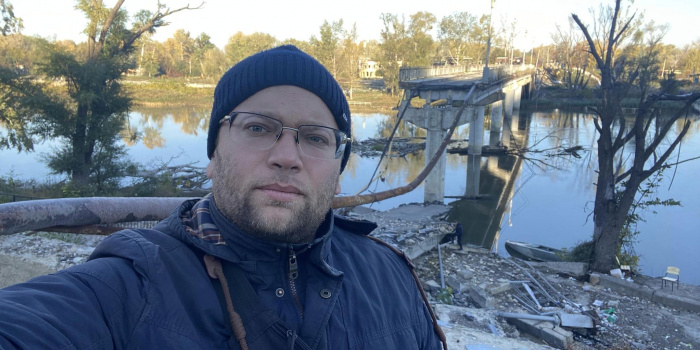 In 2014, as journalist Serhiy Horbatenko was leaving Slovyansk's local TV channel, he was given so-called accreditation from the leader of the "DPR" paramilitary group, Russian citizen Igor Strelkov.

Horbatenko said this in his interview with the Institute of Mass Information.

"Right on my birthday, May 21, they finally fired us from the channel, gave us our employment records. And I was given a piece of paper which I can tentatively call accreditation from the Russian formations' leader, Igor Strelkov. This piece of paper said that I could work in Slovyansk without permission to film military sites. I ask, "What? What it is? Where did it come from?" And they say, "We gave them all your passport details so that they can accredit you.' It was a real shock," recalls Serhiy.

According to him, he never used this pseudo-document.

"No, never at all. It was given to me the day when everyone was fired from the TV channel. And even if it had been given to me earlier, I would have felt disgusted to use it, because the people who signed this piece of paper, the people who put some kind of pseudo-seal on it – they were killing people in my city. Volodymyr Rybak was killed. Other patriots were being killed. So I would never use what they gave me for my work. It's just despicable," stressed Serhiy Horbatenko, who is now a freelance journalist for "Radio Liberty" and covers events in Donetsk oblast.

Serhiy also said that after Slovyansk was liberated from the illegal paratrooper formations, the TV channel offered him to go back to work for them, but he declined.

"That TV channel called me and said, 'Come work for us.' I say, 'How can I work for you now?' They say, 'What is the matter?' And I say, 'Your channel's website posted an article with a headline along the lines of, 'The killer squads' numbers around Sloviansk are growing.' How can I work for you after this?'" Serhiy emphasized.