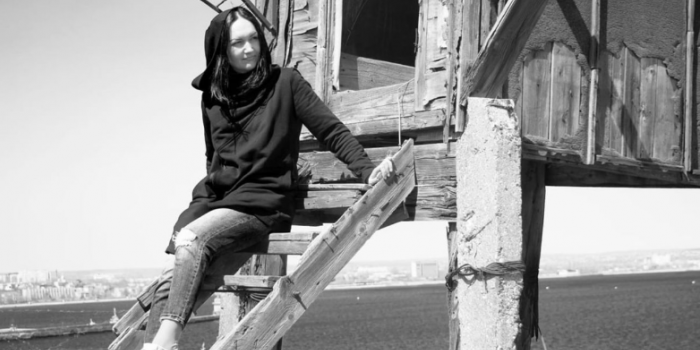 The Kyiv district "court" of Simferopol has extended the preventive measure in the form of detention for citizen journalist Iryna Danilovych, accused of alleged illegal storage of explosives, until September 6, the Crimean Process initiative reports.

Only Iryna's sister was admitted to the meeting, and the refusal to let journalists and listeners in was justified by COVID restrictions.

As Crimean Process reminds, in April, Iryna Danilovych was kidnapped by FSB officers and kept in an FSB basement until May 7 without any status or legal assistance. They interrogated her with a polygraph, threatened to take her away to a forest or to Mariupol, pressured her psychologically and fed her once a day. On May 7, the Kyiv district "court" arrested her for two months, charging her with illegal possession of explosives.

As IMI reported, on April 29 in the occupied Crimea, russian security forces detained citizen journalist Iryna Danilovych. She was detained on her way from work on the road from Koktebel to Feodosia. Her house in Vladislavivka village was searched, her phone and laptop were seized.

Iryna Danilovych worked as a nurse, and was also a citizen journalist, covering the problems of the health care system in Crimea and sharing information about the war in Ukraine. Before the war, Danilovych cooperated with several media and human rights initiatives (InZhyr-Media, Crimean Trial) and ran her own project, Crimean Medicine Unwrapped, speaking about the rights of health professionals. Danilovych also took an active part in the trade union movement and headed the Crimean branch of the Alliance of Doctors. Hence, Danilovych was subjected to administrative pressure and was fired from the substance misuse department of the Feodosia Medical Association. She was threatened with a lawsuit because of her trade union activities.