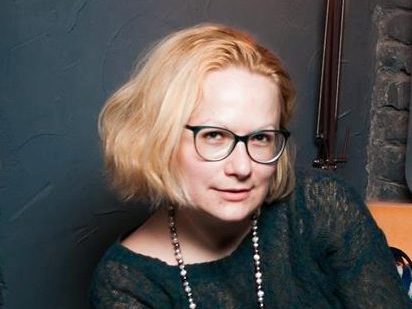 She will replace Taras Shevchenko, head of the Center for Democracy and the Rule of Law, who resigned on August 12 due to his appointment as deputy Minister of Culture and Information Policy.

The chairman of the Independent Media Council, in accordance with the regulations on the NRC, is appointed for two years.

Antonina Cherevko is a graduate of Kyiv-Mohyla Academy and Oxford University. She has worked with international organizations such as IREX, the Council of Europe, the OSCE and International Media Support. He has more than 15 years of experience in the areas such as the rule of law, human rights, media development and media law reform. In particular, together with partner organizations she actively worked on the implementation of key media reforms in Ukraine..

As a legal reform adviser to the “International Media Suppor”, she has been involved in legislative work and / or advocacy and strategic litigation in Zimbabwe, Tunisia, and Sri Lanka. She has been a consultant on the evaluation of international media programs in the region and has regularly participated in international media development research missions in Belarus, Armenia, Georgia, Moldova and Ukraine. Since December 2019, she has been a member of the Council of Europe's Committee of Experts on Combating Hate Speech (ADI / MSI-DIS) of the Council of Europe).

It will be recalled that the Independent Media Council is a non-partisan and professional body of self-regulation in the media sphere, established in 2016. The NRC was established by the Center for Democracy and the Rule of Law, the Institute of Mass Information, Internews-Ukraine, Detector Media, and the Society Foundation. The Independent Media Council arbitrates disputes under aspect of compliance with media legislation, international standards of media coverage, as well as violations of journalistic ethics. .

The experts with IMC had prepared conclusions on compliance with election standards, incitement to hatred and hatred in mass media, misleading of TV audience, portraying children in mass media. The conclusions of this independent body are increasingly by the regulator - the National Council of Ukraine on Television and Radio Broadcasting, while they are adopting its decisions. The Independent Media Council also issues recommendations to both the authorities and journalists covering high-profile topics. The Independent Media Council consists of 15 members – reputable non-partisan figures with sound experience in the media field.