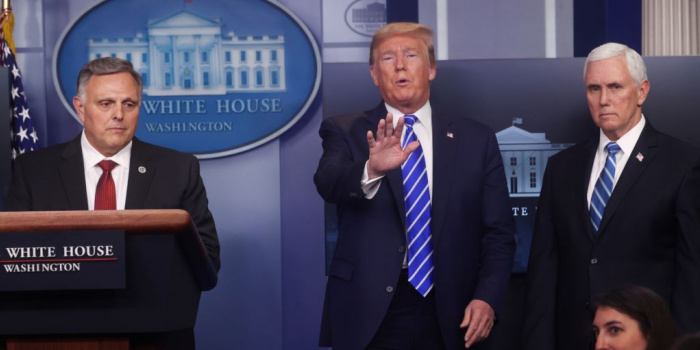 We remind, Donald Trump “went on to suggest treating the body outside or even inside with ultraviolet light or "injection" of disinfectant that might kill the virus.

"So supposing we hit the body with a tremendous -- whether it's ultraviolet or just a very powerful light -- and I think you said that hasn't been checked because of the testing," Trump said, looking at Bryan. "And then I said, supposing you brought the light inside the body, which you can do either through the skin or some other way, and I think you said you're going to test that too."

"I see the disinfectant that knocks it out in a minute, one minute. And is there a way we can do something like that by injection inside or almost a cleaning? As you see, it gets in the lungs, it does a tremendous number on the lungs, so it would be interesting to check that," ABC News  cited the president’s words.

“It wasn't clear, and the White House did not elaborate, on what, if anything, was taken "out of context" in news reports quoting the president's own words as seen on national television and streams”, ABC News commented on.

The companies specialized disinfectant production had to warn Americans about the dangers of using chemicals.

Based on ABC News report