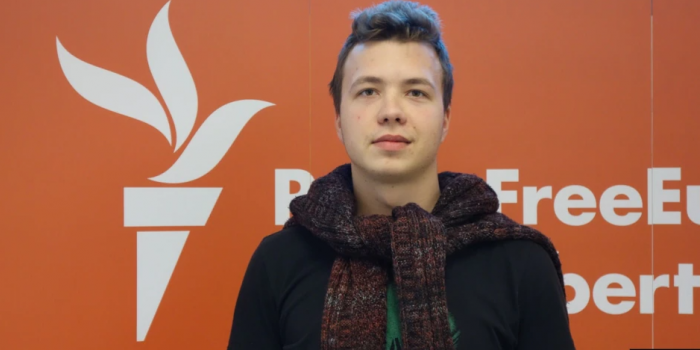 "Reacting to the news that the Belarusian authorities apprehended Raman Pratasevich, former editor-in-chief of the popular opposition Telegram channel NEXTA, after an emergency landing in Minsk of the airplane he took, Marie Struthers, Amnesty International’s Eastern Europe and Central Asia Director, said:

“The situation here is simple. There is little doubt that the Belarusian authorities used a false bomb threat and a MiG fighter jet to force an airplane flying from one country of the European Union to another to land with the apparent sole purpose of detaining an exiled critical journalist whom they badly wanted silenced.

“While it sounds like an extraordinary Hollywood plot, it’s not. The reality of this apparent act of air piracy is chilling. The European Union and the rest of the world must react without delay and call for the immediate release of Raman Pratasevich. He should be allowed to leave Belarus and travel to the country of his choice.”

As it was reported, a Ryanair plane from Greece to Lithuania was diverted to Belarus for several hours on Sunday, with activists saying it was done to arrest a dissident journalist on board, Roma Protasevich, editor of Nexta.

As one of eye-witnesses said, before being arrested, Roman Protasevich said he was facing the death penalty in Belarus.