This is said in the Ombudsman's statement published on his website on December 7.

Amnesty International has been distributing leaflets that say "selective justice is justice denied" at the 21st session of the Assembly of States Parties to the Rome Statute. 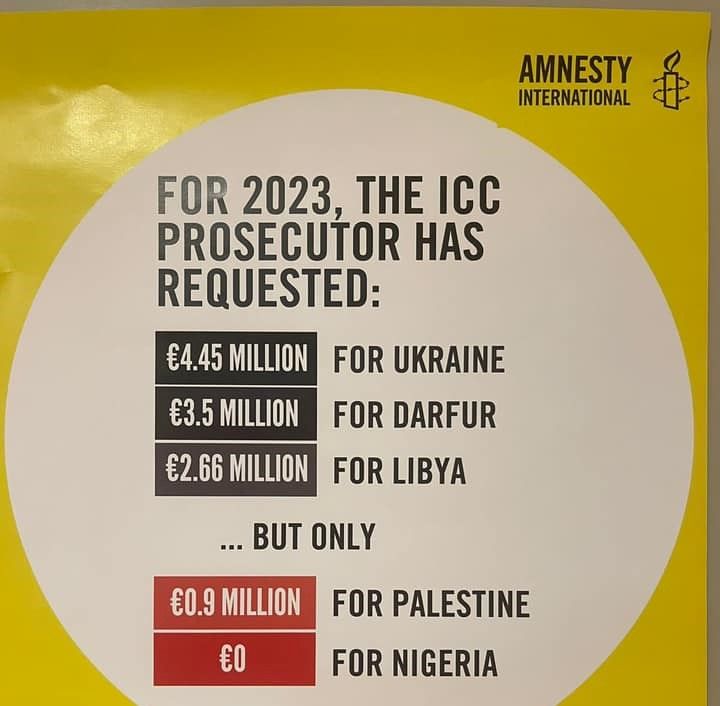 According to the Ombudsman, the thing Amnesty International are empathizing is that by investigating war crimes in Ukraine, the ICC is denying justice to other countries. He added that the organization was calling on all member states and the Assembly as a whole to consider its key recommendations "through quite aggressively anti-Ukrainian advertising," probably intended "to reduce the support for Ukraine in the democratic world and the attention to the Russian Federation's genocidal policy."

"I must respond to such cases primarily so that the persons and organizations that fund Amnesty International are aware that by this point, the organization is overtly implementing the Kremlin's information policy," said Lubinets.

Dmytro Lubinets said that back in the summer, the organization tried to show the ICC's "unfair attention" to the events in Ukraine and to investigating war crimes and crimes against humanity committed by the Russian Federation. "These accusations were based on the fact that some countries supported the investigation into the events in Ukraine, including financially and expertly, while being less active in their support for investigations about other countries," he added.

The Ombudsman believes that the organization keeps burying the remains of its reputation deeper.

As IMI reported, on August 4, human rights organization Amnesty International published a report stating that the Ukrainian military was endangering the civilian population by creating bases and placing weapons in residential areas, namely in schools and hospitals, while resisting the russian invasion.

Deputy Minister of Defense Hanna Malyar stated that this AI study did not take the fact of the russian aggression, the timeline of events, and the context of Ukraine defending its statehood into account, and also distorted the real picture of the international crime of aggression that russia has been committing since 2014.

In September, Amnesty International issued envelopes depicting two people hugging. One person is painted in the colors of the Ukrainian flag, the other – in the Russian colours.