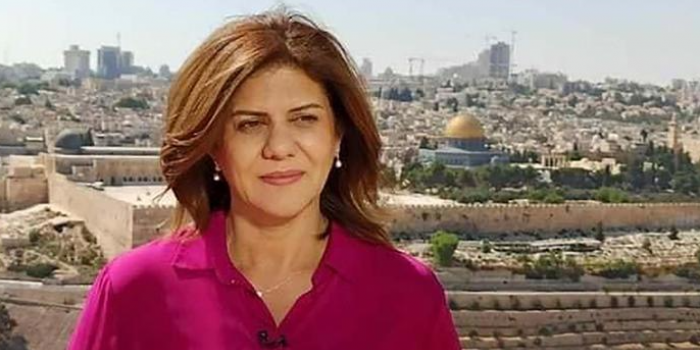 Palestinian journalist working for Al Jazeera Shireen Abu Akleh was killed on the morning of May 11 while filming a Palestinian-Israeli conflict on the west bank of Jordan river.

This was stated by the international organization "Reporters Without Borders," which called the woman's murder a grave violation of the Geneva Conventions and demanded an urgent independent investigation into the circumstances of her death, according to DW.

Abu Akleh received a bullet wound to the head. She was taken to hospital in critical condition, where she died shortly after. Shireen Abu Akleh was 51 years old, she had been working for Al Jazeera for over 20 years.

A reporter close to Abu Akleh, who was also wounded, said they were about to film an Israeli military operation when the troops suddenly opened fire without asking reporters to leave or stop filming. Other colleagues of the journalist say that there was no ongoing fighting between the Palestinians and the Israelis at the time of Abu Akleh's assassination. Moreover, according to them, the Israeli military did not stop firing even when Abu Akleh was wounded. All reporters wore bulletproof vests and helmets.

"Reporters Without Borders are disappointed with Israeli Foreign Minister Yair Lapid's proposal that his country take part in the investigation into the journalist's murder. An independent international investigation is needed," added Christophe Deloir, the organization's CEO, on his Twitter.

The Israeli army has said on their Twitter that the troops were carrying out an operation in a Jenin camp to detain terrorism suspects, during which "dozens of Palestinians opened fire on the soldiers and threw explosive devices at them," to which the Israeli military responded with fire. "The Israel Defense Forces is investigating the incident and is investigating the possibility that journalists were wounded by Palestinian militants," the statement said.