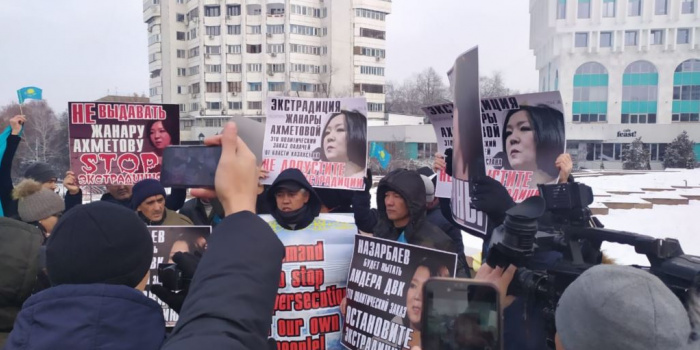 The process to extradite Akhmet has been under way in Ukraine since October 2017, after she was arrested in Kyiv on the basis of a Kazakh arrest warrant that accuses her of fraud.

In November 2017, a court in Kyiv released Akhmet at the request of Ukrainian lawmaker Svitlana Zaklishchuk, pending a decision on her extradition.

Akhmet fled Kazakhstan in March 2017 with her son, who was 9 years old at the time, saying she feared for her safety if she remained in the Central Asian nation.

Akhmet has said she decided to flee when she learned from sources that she could face charges of "organizing an illegal group" that uses the Internet to advocate self-immolation.

She previously faced a series of court hearings in Almaty for alleged infractions, including jaywalking, that she considered politically motivated retaliation for her criticism of authorities.