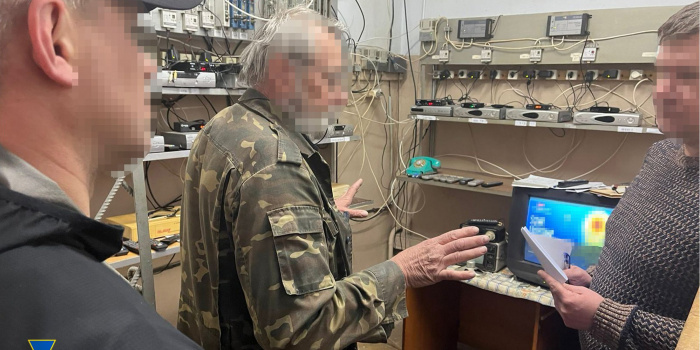 In Zhytomyr region, the SSU stopped the work of an illegal cable network that retransmitted russian and Belarusian TV channels.

This was reported by the SSU Office in Zhytomyr region.

The channels were being broadcast in one of the region's military towns to the consumers of "TV products" – the families of servicemen.

According to the investigation, the local electrician set up special equipment and software for retransmission of "a channel pack." This list included both unblocked Ukrainian pay-per-view channels and propaganda channels from Belarus and Russia, which are banned in Ukraine. Among them are NTV, ORT, Russia1, Russia24, etc.

With the start of the full-scale russian invasion of Ukraine, local residents forced the “owner of the illegal cable network” to block the retransmission of anti-Ukrainian TV channels and appealed to the SSU for a proper inspection.

During the searches, law enforcement officers confiscated: special telecommunications equipment (including satellite receivers, tuners, adders and amplifiers, etc.), lists of "subscribers" of the illegal cable network, and other evidence confirming the illegal activities of the defendant in the criminal proceedings.

The pre-trial investigation into the crime is ongoing.