The Center for Countering Disinformation reports that another fake letter, purportedly from the Polish Embassy in Ukraine, about preparing for a referendum on the annexation of Ukraine's western regions to Poland is being spread around on Twitter.

The letter refers to measures "aimed at surveying the public opinion of Ukraine's Lviv and Volyn oblasts residents", which "...are proposed to be taken according to the previously set plan."

At the same time, the Center notes, the photo of the letter, which was published on Twitter was accompanied by a post saying that "Polish diplomats ... are trying to conquer the Western regions [and] are preparing to hold a referendum." 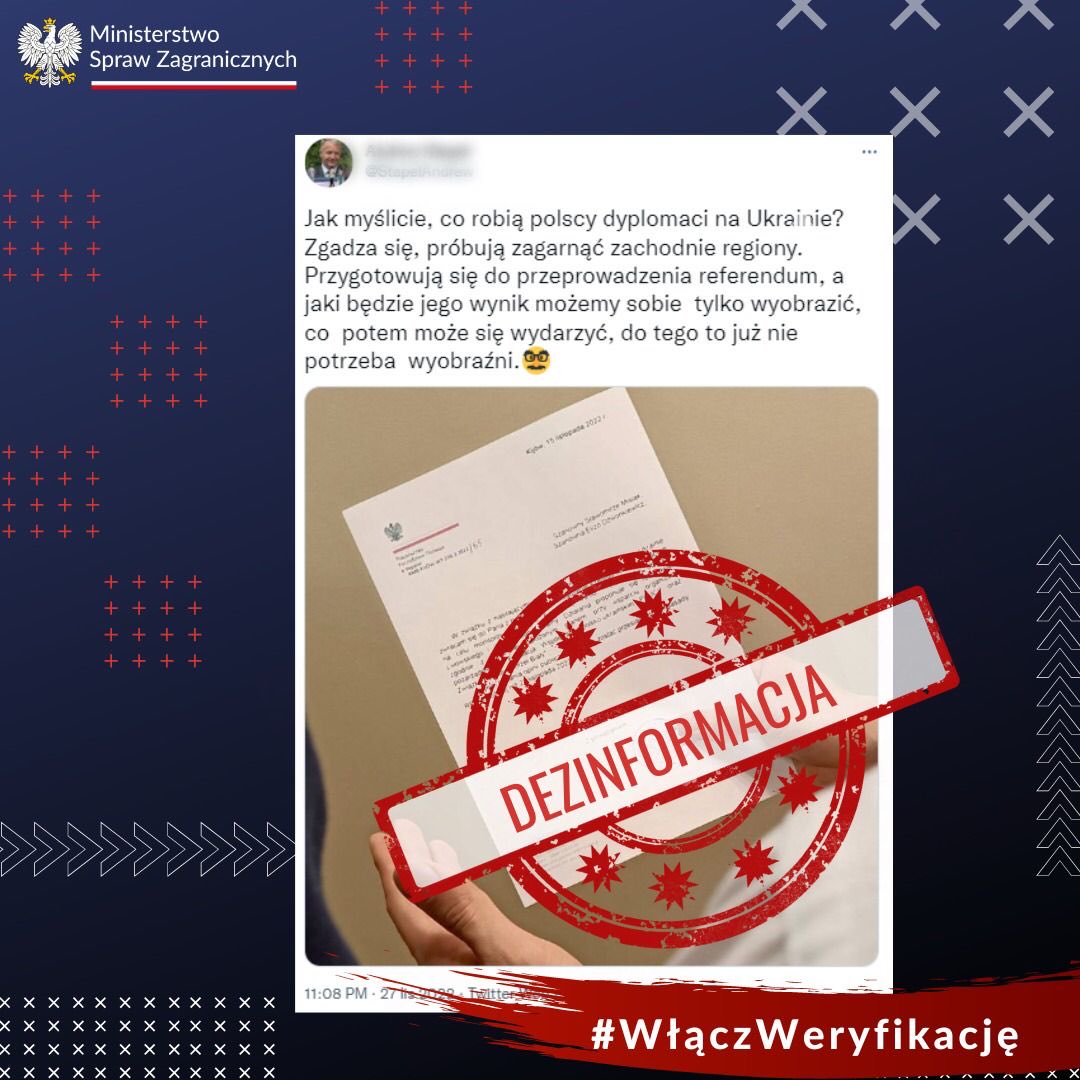 Polish Foreign Ministry spokesman Lukasz Jasina noted that "the reports regarding the preparation for a referendum on the accession of Ukraine's western regions to Poland are disinformation and another attempt to trigger disputes between Poland and Ukraine."

Earlier, the Polish government's Commissioner for information security, Stanislaw Zaryn, denied the of Belarusian authorities' claims about Ukrainian refugees trying to get from Poland to Belarus.

Belarusian border guards had said that from February 24 to November 18, 65,627 people arrived in Belarus from Ukraine, 39,728 of them transited through Poland.