2022 begins with bloodbath for journalists in Mexico - RSF 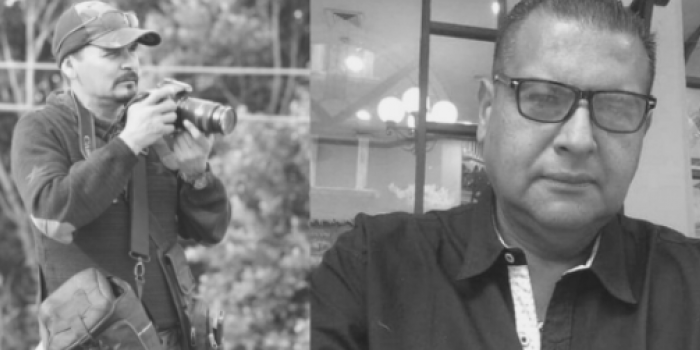 ADN 40 / Kiratas
Reporters Without Borders (RSF) condemns the murders of two Mexican journalists outside their homes in the space of a week – one in the northwestern border city of Tijuana, the other in the east coast port city of Veracruz – and urges the authorities to prosecute those responsible and reinforce the mechanisms that protect journalists, as Reporters sans frontières reported.

“The year has begun with a bloodbath for the Mexican media,” said Emmanuel Colombié, the director of RSF’s Latin America bureau. “These two murders just a week apart point to another bloody year for press freedom in this country. But this violence against journalists and the customary impunity are not inevitable. The federal authorities and the police in Baja California and Veracruz must do everything possible to identify and prosecute those responsible for these cowardly murders. The protection mechanisms must also be strengthened.”

Alfonso Margarito Martínez Esquivel, a photojournalist who specialised in covering crime, was gunned down in Tijuana, the sprawling border city in the northwestern state of Baja California, on 17 January. He was shot twice outside his home in Tijuana’s Camino Verde neighbourhood after getting into his truck to go cover another murder.

Aged 49, Martínez worked for the magazine Semanario Zeta, while often also covering stories for the newspaper Zeta and the daily La Jornada de Baja California. “Alfonso always had problems with the police because of the stories he covered,” Zeta editor Adela Navarro told RSF. “In 2019, the police even tried to confiscate his equipment. There were several incidents like that.”

Colleagues say Martínez felt he was in danger from local criminal groups, among others, and feared for his life. Last December, after being subjected to threats and intimidation in the street, he asked the state of Baja California to provide him with protection, but his request was not handled because of a change of administration the previous month. He then requested help from the federal mechanism for protecting journalists, which took note of the threats he was getting but had not officially incorporated him into its system and had not provided him with any protection.

On 10 January, a week before Martínez’s murder, self-employed journalist José Luis Gamboa Arenas was found dead in Veracruz, the biggest city in the southeastern state of Veracruz. His body was discovered around 15 metres from his home in the district of Floresta. He had been stabbed repeatedly and his family did not identify the body until 13 January.

The director of the Inforegio-Netword website and the weekly El Regional del Norte, Gamboa mainly wrote opinion pieces and did independent investigative reporting. On social media, he criticised the local political class’s corruption and its links with organise crime. On the day he was killed, he posted a video entitled “The war for narcopolitics” and an article denouncing the increase in execution-style murders in the city’s port district.

Veracruz governor Cuitláhuac García announced on 17 January that the investigation by the local prosecutor’s office had made progress and that serious consideration was being given to the theory that it was linked to Gamboa’s journalism. The Veracruz mechanism for protecting journalists, the CEAPP, meanwhile reported that Gamboa had not been receiving any particular protection and was not registered as having been the target of any “prior attack” or “threats.”