2014: summary for freedom of press in Ukraine – Institute of Mass Information 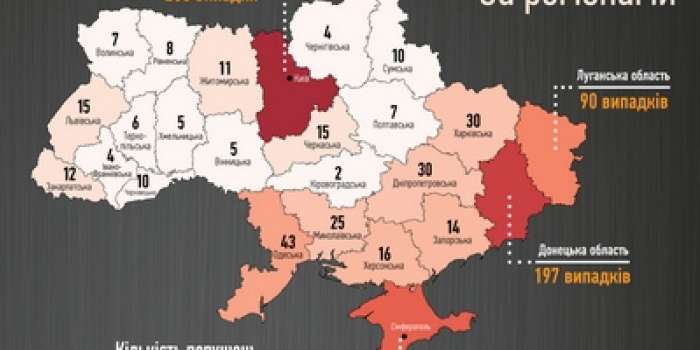 In 2014, on the territory of Ukraine almost one thousand violations of the freedom of press were registered, the worst months were April and May. This is the data from the Institute of Mass Information’s annual study «Freedom of press barometer».

The total number of violations related to freedom of press in 2014 was 995 cases, which is twice as many compared to 2013 (496 cases), and three times as many as in 2012 (324 cases). ‘Assaults’ was the category where the most violations were registered (286 cases, in 2013 – 97).  In particular, according to IMI data, the peak of assaults against journalists was in January and February of 2014, when, correspondingly, 82 and 70 journalists were beaten.

2014 – Violations of journalists’ rights in Ukraine: 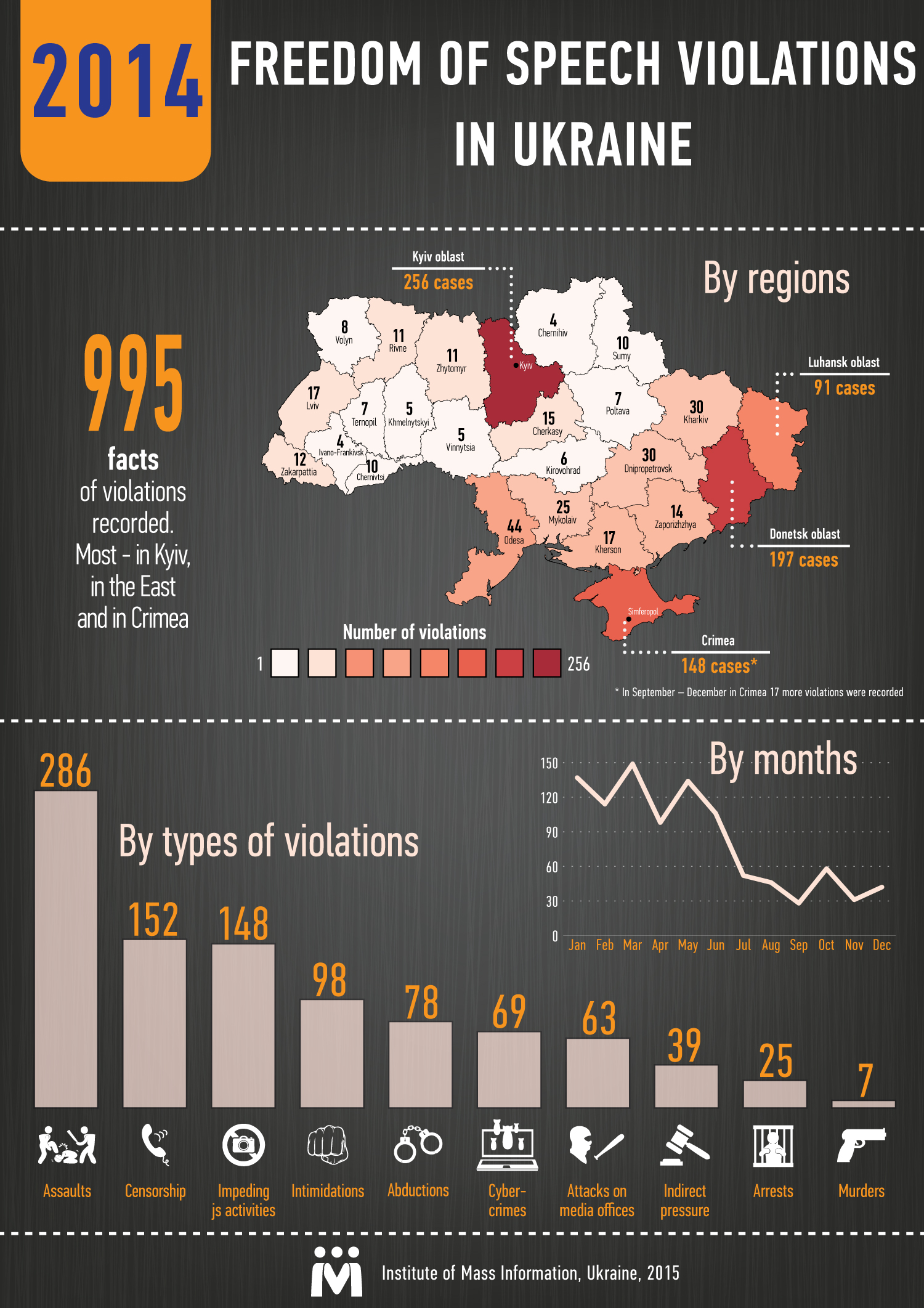 «In addition to growing numbers of attacks against journalists related to their work, we also noted certain escalation of violence against journalists in 2014, — said the executive director of the Institute of Mass Information Oksana Romaniuk. — Never before have we faced cases of abductions of journalists by illegal armed formations, never before had we seen internally displaced journalists, who were forced to leave locations of their residence due to their professional activities».

In 2014, such international organizations as «Reporters Without Borders» and «Committee for Protection of Journalists» included Ukraine to the list of the world’s top three countries that are the most dangerous for journalists (after Syria and Palestine). During the year, in Ukraine 7 journalists died, one of them was killed during the events on Maidan, and 6 died in the ATO zone.  IMI’s data objectively shows that murders of journalists and increase of physical aggression are related to two key factors – the events on Maidan, and, later — to the Russian aggression and hostilities on the territory of Ukraine.

In spite of growth of the threats, the problem of impunity is still burning in the country. «In 2014, in spite of the new government, we have never seen active investigations of assaults against journalists, or punishment of the aggressors. Unfortunately, impunity remained practically on the level of last year. At the same time, in 2014 there were many cases for which Ukraine cannot bear responsibility, as it does not control part of its territory», — the IMI media lawyer, Roman Holovenko, said.

During the year, there were also 63 attacks against editorial offices, which is almost eight (!) times more than in 2013 (8). The peak of attacks was in May, it was related to smashing of editorial offices of local media outlets in Donetska and Luhanska oblasts. The attackers wielding clubs were smashing offices of local mass media for rejection to cooperate with the separatists.