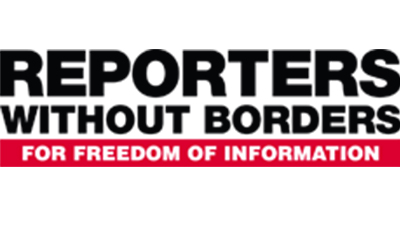 Twenty UN members states signed the International Partnership on Information and Democracy at the UN General Assembly today, a historic inter-governmental accord initiated by Reporters Without Borders (RSF) to promote democratic principles in the online public arena, as Reporters withour borders (RSF) reported.

Made possible by RSF’s Information and Democracy Initiative, the signing of this unprecedented agreement in New York opens the way to the implementation of democratic guarantees for the global online information and communication space.

The International Partnership on Information and Democracy commits the 20 signatory countries* to promote online access to news and information that is freely and independently reported, diverse and reliable. It establishes democratic principles, including political, ideological and religious neutrality for algorithms and transparency in the way they function. And it focuses on the responsibility of online service providers to promote trustworthy content and pluralism in order to escape the current “information chaos.”

In an appeal to more than 50 foreign ministers and 20 representatives from delegations attending today’s launch of the “Alliance for Multilateralism” at the UN, RSF secretary-general Christophe Deloire said: “If the democracies don’t set the rules, private interests and dictators will do it for us (...) They are the ones, not parliaments, that have regulated the online information and communication space (...) This is why we have set about rebuilding a system of democratic guarantees adapted to the digital era.”

Co-chaired by Deloire and Nobel peace laureate Shirin Ebadi, the International Information and Democracy Commission met for the first time on 11 September 2018 and issued its Declaration on Information and Democracy in early November. It quickly won the support of 12 heads of state and government and was hailed by UN secretary-general Antonio Guterres, UNESCO director-general Audrey Azoulay and Council of Europe secretary general Thorbjørn Jagland.

The Commission’s Declaration launched a political process which, as a result of French President Emmanuel Macron’s initiative, received the G7’s unanimous support in Biarritz in August 2019 before finally reaching the UN General Assembly.

“This international accord is a major step forward,” Deloire said. “Initiated by civil society, this project has the support of regional champions such as South Korea, Costa Rica, Canada and Tunisia. It has strong momentum and will be able to enlist the online platforms because the power they wield over the way the online public space functions entails great responsibilities.”

The text of the partnership hails the work undertaken by RSF to promote its implementation by creating an Information and Democracy Forum tasked with proposing the principles on which regulation and self-regulation can be based. It will be a new organization, one steered by civil society.

“The Forum’s principles of governance will guarantee its independence and will ensure that all stakeholders, including governments, online platforms and the media, are brought around the same table in order to promote appropriate forms of regulation and self-regulation,” said Thomas Friang, the head of advocacy at RSF.

The Forum is due to be inaugurated in Paris in mid-November by a coalition of independent organizations.