Only 0.77% of news in the regional online media covered ethnic minorities or groups. At the same time, almost every fifth news item, or 19.7% of publications dealing with ethnic minorities or groups had signs of hate speech. Overall, hate speech was reported in 0.6% or 47 out of 7924 analyzed news items covering different issues. The most often, such publications came out in Kharkiv, Zaporizhzhya and Chernivtsi online media.

These are the results of a survey conducted in 10 regions of Ukraine this August  by NGO "Institute of Mass Information".* 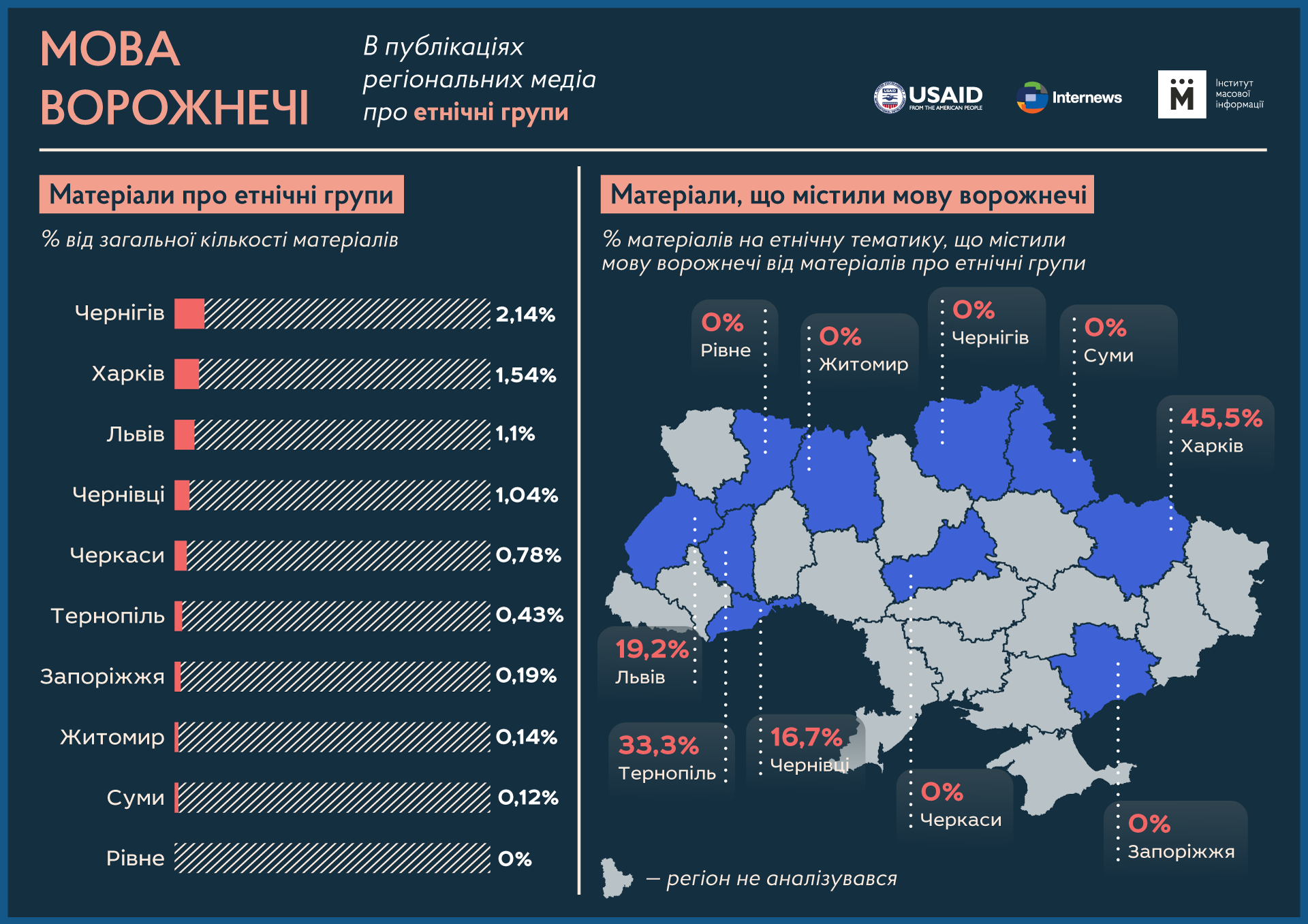 The most spread signs of hate speech were revealed in the news of Kharkiv online media (1.54% of the total number of publications), Zaporizhzhya (1.13%) and Chernivtsi (1.04%). In addition to ethnic issues, hate speech was employed in the news about the Joint Forces Operation and the conflict in eastern Ukraine, marginalized social groups, women and the elderly. Usually, the publications had soft language of animosity that did not contain direct calls for violence or discrimination against ethnic or social groups.

No hate speech were revealed during the analyzed period in Rivne, Cherkasy and Chernihiv online media.

Monitoring was carried out in the following media:

This research was made possible by the support of the American people through the USAID Media Program in Ukraine, implemented by the international organization Internews. Content is solely the responsibility of the Institute of Mass Information and does not necessarily reflect the views of USAID, the US Government, or Internews.