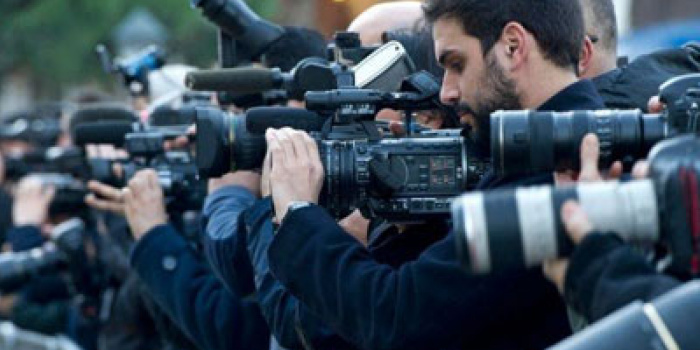 In August, IMI experts recorded 29 cases of violations of freedom of speech in Ukraine . Of these, 17 cases were about physical aggression against the journalists. These are the findings of monthly monitoring held by the Institute of Mass Information “Freedom of Speech Barometer”.

This month, main violations of journalists' rights were obstruction of legitimate journalistic activity (9 cases), threats and cyberattacks (5 each).

The number of obstacles remained almost unchanged comparing to the previous period: eight such cases were reported in July. At the same time, the number of beatings and cyberattacks doubled compared to July, when two beatings and one cyber attack were recorded. 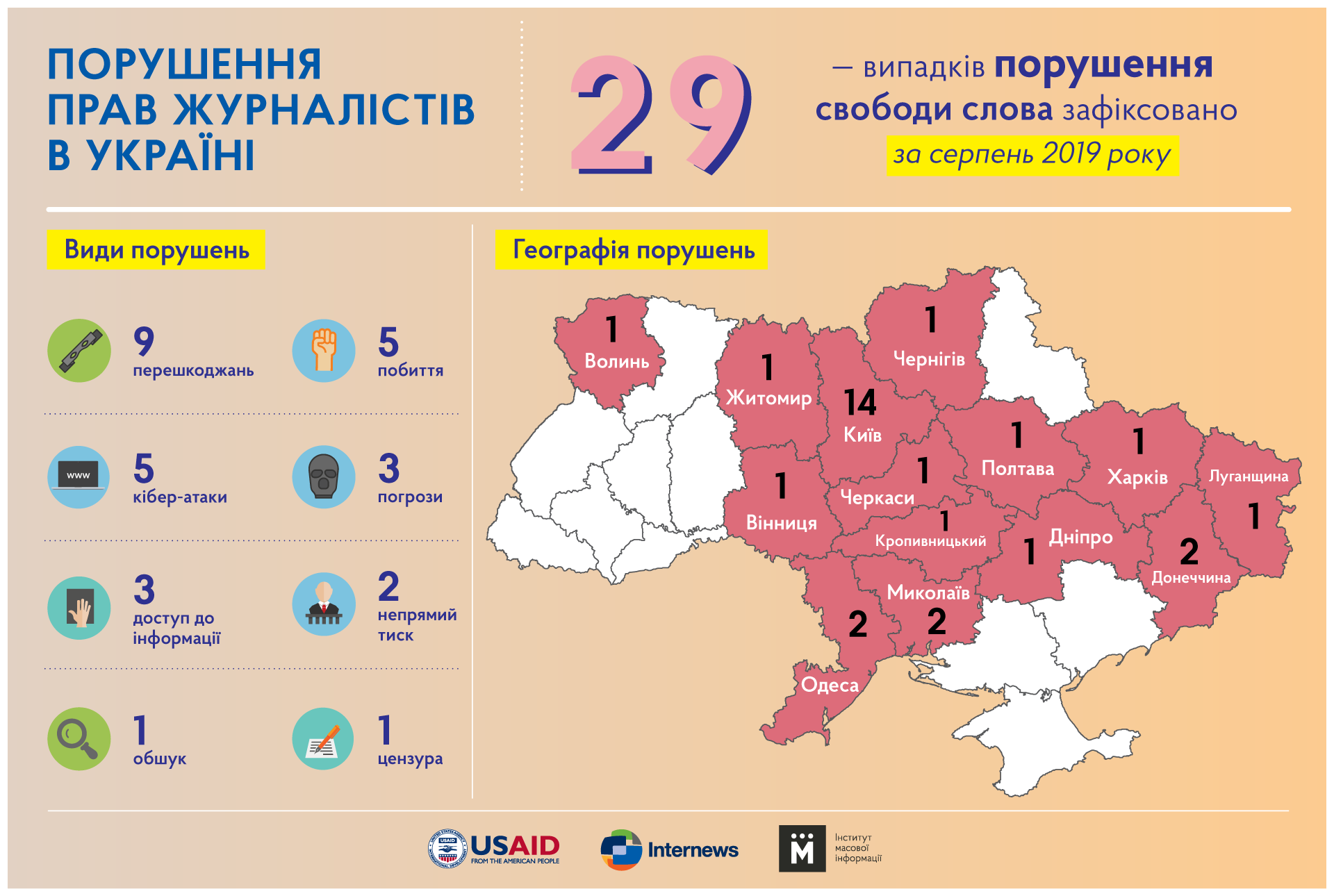 The beating was recorded in Donetsk and Kharkiv regions, in Chernihiv and Vinnitsa. The journalists who were targeted had hematomas, brain concussions, and bruises, as to physicians.

In general, the right of journalists to the profession was violated by individuals, law enforcement officials, local and central authorities, representatives of the judiciary and others.

IMI also recorded three cases of threats and restrictions on access to public information this month, two cases of indirect pressure. In addition, one case of search and censorship.

Searches in the premises of PJSC National Public TV and Radio Company of Ukraine and in place of residence of Zurab Alasania, the chairman of the board, and several departmental directors were conducted by investigators of the State Bureau of Investigation, accompanied by the Security Service of Ukraine. The search was conducted in the framework of the pre-trial investigation of criminal proceedings concerning allegedly unlawful actions of officials of PJSC NPTU, namely abuse of office in order to obtain undue advantage for themselves or other natural or legal persons.

Thus, since the beginning of the year, IMI has recorded one murder case, 73 cases of obstruction, 25 cases of threats, 16 cases of beating, 12 cases of cyber attacks and six cases of censorship.

For more information about freedom of speech, please, read the IMI website under the heading "Press Freedom Barometer ".