Most of the manipulative news have been published in online editions in Dnipro and Poltava. At the same time, the online editions in Mykolaiv and Dnipro have been most often spreading fake news. And the most common manipulations were jeansa, judgments or assessments that were presented as facts, as well as under-reporting. Doubtful or anonymous sources have been most often used in fake news. These are the results of a research study by the NGO "Institute of Mass Information", which was conducted in 10 regions of Ukraine in January this year. * 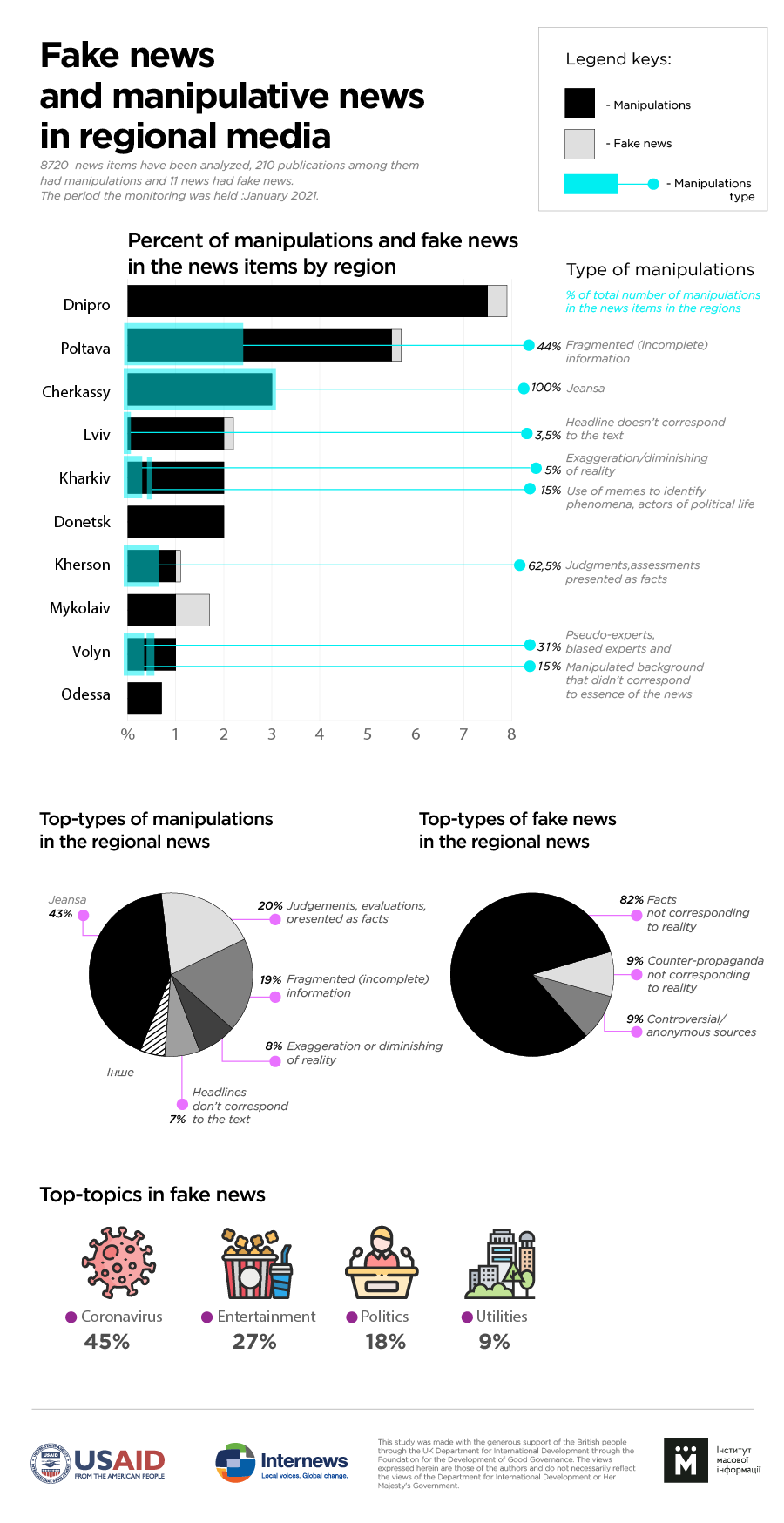 Methodology of the monitoring included analysis of the number of publications that contained manipulations and fake news, as well as the most common elements of manipulation in the news; judgments / assessments are presented as fact; information contained exaggeration / understatement of reality; only part of the information (half-truth) was presented to influence the opinion of the audience, the header did not correspond to the content of the text; the background in the materials contained some manipulation, did not correspond to the essence of the news; memes to denote phenomena, participants in political processes; representing only one side) and signs of fakes, false information, untrue facts, information based on dubious or anonymous sources that could not be verified; distorted or unreliable sociological research; smear campaign about candidates / parties that did not correspond to reality; information was presented as an expert's opinion (biolaboratory); fake news and manipulations aimed against national security, the goal was to overthrow the constitutional order in Ukraine, etc .; Russian propaganda).