IMI: Violation of freedom of speech was recorded in 13 regions of Ukraine in February 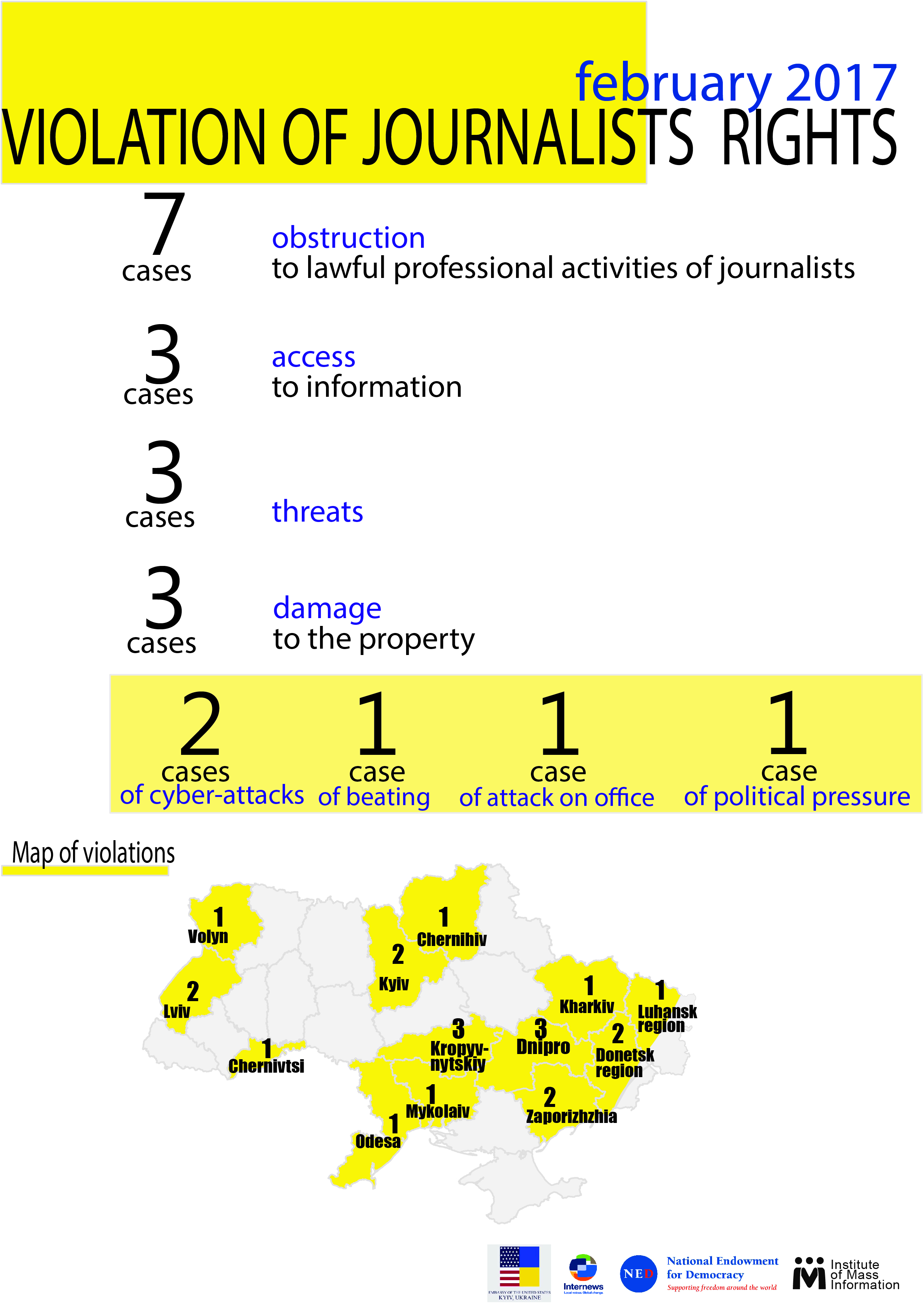 In February, the obstruction of journalists’ activity became the main violations against journalists in Ukraine – 7 cases.

Mostly individuals, local authorities, government officials, the local council, the judiciary and militants from the uncontrolled territory of Donetsk oblast violate the right for journalists; professional activity in February.

Comparing to January, IMI recorded slight rise of number of obstacles recorded in February, experts recorded five cases occurred in seven different oblasts. Journalists were forbidden to film events, like this particular event occurred in Chernihiv. The Head of 209 Office of heads of repairing Viktor Kutovyi prohibited to film people forced to leave the hostel and threatened journalists  of the informational portal “Cheline” to break the camera.

In Odessa, the pro-Russian protesters attacked the journalist of "Dumskaya TV" Ksenia Terzi. An one elderly woman gave a slap journalist in the face, when she tried to take a comment from one of the organizers of the rally, near the memorial to the unknown sailor, - representative of "Union of the Left Forces" Ibrahim Morris.

Deputy of Lviv Regional Council from the PPB bloc Ivan Labai deleted audio record made by journalist of Gal.info Anna Holishevska, during a meeting of the permanent parliamentary commission on health care.

In addition, IMI experts recorded 3 cases of restriction of access to information, threats and attacks on journalists property, in February.

Local authorities of Lviv, Mykolaiv and Zaporizhia violated the right of Access to public information. In particular, the journalist of Mykolaiv online outlet Niklife Yuri Yaholnyk received the wedding photo of a bride with flowers on the request to the Mykolaiv City Council.

Lviv city council introduced accredited attendance of City Council sessions for media representatives. This decision was taken on February 8 by the Board of the City Council. Journalists will have the opportunity to attend plenary sessions only after presenting the editorial identity and proper accreditation. Thus, the corresponding changes in the regulations of the city council, were not included and not approved by the City Council.

Experts recorded cases of threats received by phone or text messages. Such cases are recorded in Kropyvnytsky and in Donetsk and Luhansk oblasts. Journalists received threats like "getting reasons for grief", to burn editors’ office, to pay a visit to the journalist.

For the first time, since the beginning of the year, IMI recorded destruction of journalists' property. All three cases occurred in Dnipropetrovsk region - unknown damaged cars of three journalists. In particular, in two cases, cars were set on fire, and in one case the car was damaged with an ax. In all cases journalists associate incidents with their professional activities

IMI also recorded two cases of cyber-attacks on websites and 1 attack on the office of the media, 1 physical attack and 1 accident of political pressure.

British photographer Christopher Nunn was injured to the eyes and face in a result of shelling of the city Avdiivka, Donetsk region by Russian occupation troops. He was evacuated to the Regional Clinical Hospital named after Mechnikov in Dnipro city, to provide qualified medical care. Doctors managed to save Christopher Nunn's eyesight.

In Crimea occupied by Russia, IMI recorded 1 case of violation of journalists' rights. In particular, police detained Ukrainian journalists of STB TV channel and Hromadske outlet, in order to check their documents. After a while, the police let them go, with a comment "not to violate any laws."

In total, IMI recorded 1 case of beating and censorship, 12 cases of obstruction, 7 - restrictions Access to public information and 6 cases of threats since the beginning of the year. 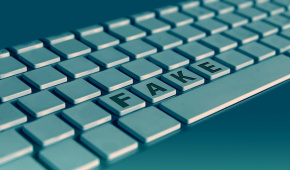 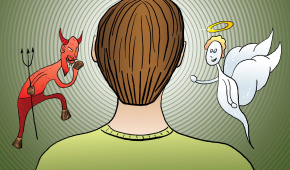 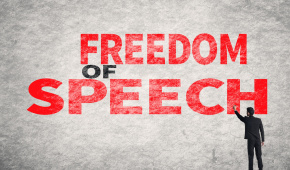 In 2020, IMI recorded 229 cases of violations of freedom of speech in Ukraine
Want to learn first about the new research of the Institute of Mass Media? Subscribe to the newsletter!