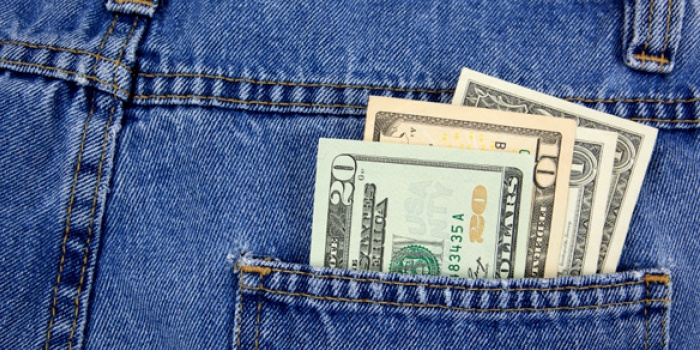 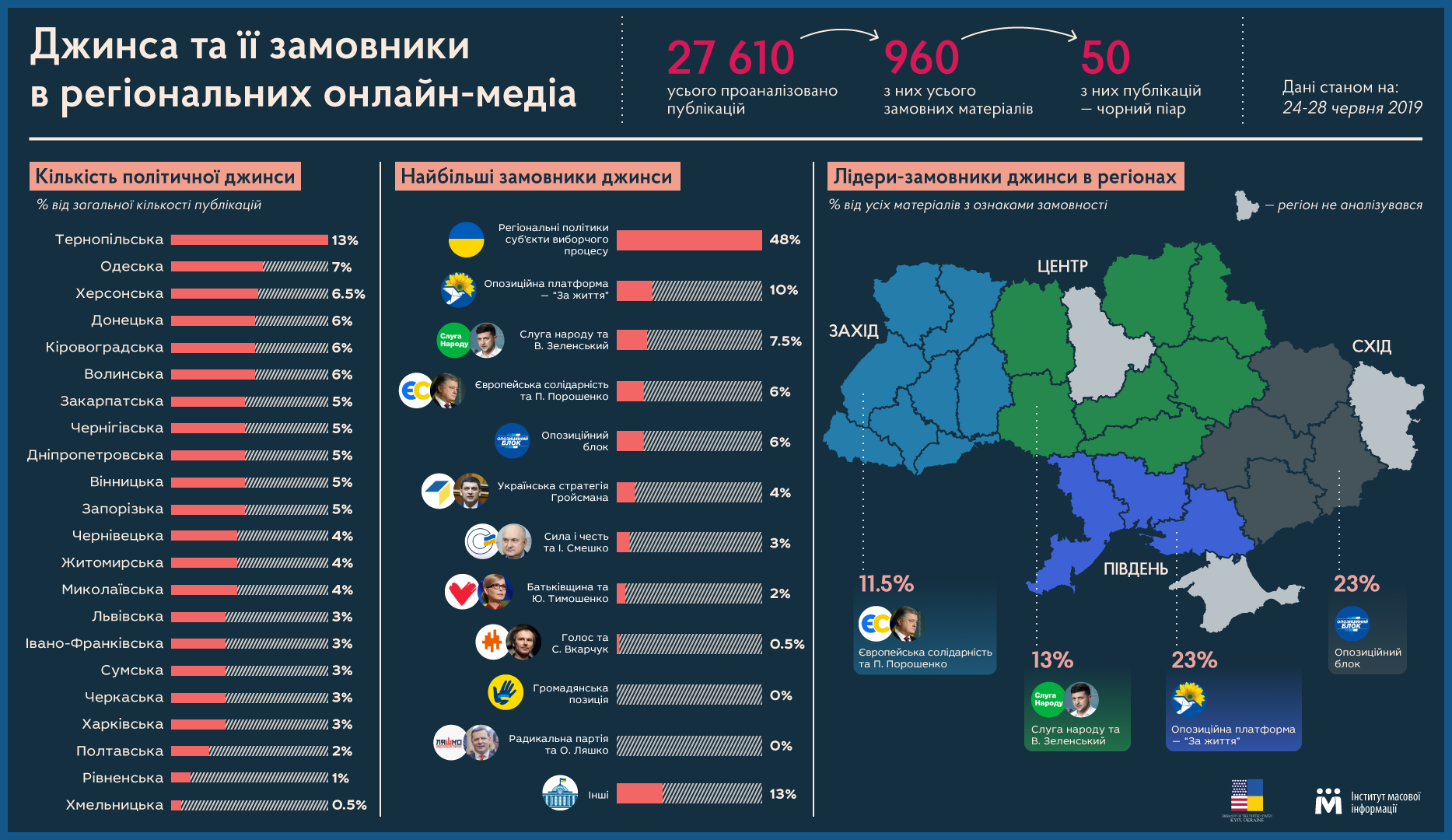 The IMI study showed that jeansa favouring the "Opposition Bloc" prevailed in the eastern regions of Ukraine (Kharkiv, Donetsk (unoccupied territories), Zaporizhzhya, Dnipropetrovsk regions) : 23% of all materials with signs of being paid-for. Instead, in the southern regions (Kherson, Mykolaiv and Odessa), the most of "jeansa" was revealed in favor of the rival of “Opposition block”, namely the political party "Opposition platform - For life" : 23% of all materials with signs of order recorded in these regions. In the western regions (Transcarpathian, Lviv, Ivano-Frankivsk, Ternopil, Volyn, Chernivetska, Rivne, Khmelnytsky regions), the largest amount of materials was recorded in favor of the “European Solidarity” party : 11.5% of the total number of materials with signs of order. Finally, the central regions of Ukraine (Zhytomyr, Chernigov, Sumy, Vinnytsia, Cherkasy, Poltava, Kirovograd) had two "leading-customers" for each. In these regions, we identified the most of materials to the benefit of two political parties: "Servant of the people" (13% of the total number of materials with signs of order), and “Opposition Platform - For Life” (12%). The total number of materials with signs of black PR was 5.5% of all materials with signs of order. * Within the framework of the study, IMI experts analyzed the content of 220 popular online media in 22 regions of Ukraine - Vinnytsa, Zaporozhye, Dnipropetrovsk, Odessa, Kharkiv, Kherson, Nikolaev, Poltava, Zakarpattia, Volyn, Donetsk (non-occupied territories), Zhytomyrska, Ivano-Frankivsk , Kirovograd, Rivne, Sumy, Ternopil, Khmelnytsky, Chernihiv, Cherkasy, Chernivtsi and Lviv regions. The monitoring of materials was conducted from June 24 to 28 this year. All materials from the newslines of online editions during this period were analyzed. The total sample was 27610 materials. The research was conducted within the framework of the Institute of Mass Media project supported by the US Embassy's Media Development Fund in Ukraine. The views of the authors do not necessarily coincide with the official position of the US government.