Freedom of Speech Barometer for September, 2012

In September in Ukraine the main violations of journalists' rights were cases of obstruction to journalist activities and censorship (26), there were also cases of assaults, attacks and intimidation (22). 8 cases of Court appeals to Media and journalists were recorded.

These are the data of monthly monitoring Freedom of Speech Barometer by IMI.

The most resonant case of oppression of freedom of speech and democracy was the on September, 18, 2012, when Verhovna Rada adopted in the first reading the Bill №11013 on  amendments to  Criminal and Criminal Procedure Code of Ukraine (to strengthen responsibility for attacks on the honor and dignity of a person), where they introduce criminal responsibility (imprisonment from 1 to 5 years) for defamation. This decision caused protests among journalists and NGOs. Thus, National Union of Journalists of Ukraine, Independent Media Union of Ukraine, and Stop Censoorship! Movement organized a campaign to activate press and NGOs to protest, demanding to abolish the Bill. The first actions were organized by the journalists in Lutsk, Chernivtsi, Kremenchuk and Lviv. Beside the protests, on September, 25, 2012, Ukrainian action Protect Your Right to Know: Say NO to the Law on Defamation has started. On the pages of publication, which participate in the activities, there is a big banner with the demand to stop adoption of the Law on Defamation.  On the banner there is reference to the contacts of 244 deputies, who voted FOR the Bill in the first reading. Participants called everybody to phone and write to the deputies, asking them WHY they supported the Bill. Ukrainska Pravda, Correspondent.net, Komsomolskaya Pravda v Ukraine, Segodnya.ua, LB.ua, Football.ua, TVi, LihaBusinessInform, Telecrytyca, IMI and others supported this actions.

Ukrainian journalists, indignant by the Bill, also organized individual protest actions. Thus, on September, 27, 2012, Volodymyr Horkovenko, an ICTV journalist, organized a group of journalist to visit pre-election campaign meeting of Volodymyr Zhuravskyi in Pryvorottia villaga, Brusyliv district, Zhytomyr region. Journalists went there to tell people about threats of Zhuranskyi's initiative and called people not to vote for this candidate on October, 28, 2012.

One more resonant case happened on September, 3, 2012 at the World Press Congress in Kyiv. The guards grabbed the posters from the hands of Olena Prytula, an Editor-in-Chief of Ukrainska Pravda,  and Kateryna Horchynska, an Editor-in-Chief of Kyiv Post, during the speech of Victor Yanukovych, the President of Ukraine. The posters said Stop Censorship! In Russian and English. What is interesting is the fact that the Department of Public Protection (DPP), who guarded the event, deny the fact of their connection to the incident. At the meeting of the Interagency Working Group of the President of Ukraine, the Head of DPP stated that the offender was not their worker. DPP referred to the private security firm Volf and also mentioned that they didn't know that guard. It made journalists to organize public action to search the guard. Journalists spread posters with the photo and descriptions of the guard in Kyiv.

On September, 20, Iryna Fedoriv, a journalist of CTB and a deputy of Kotsiubynske Village Council, got a call from an unknown man, who threatened her and her family and demanded to stop her journalist activities. Fedoriv associates these threats with her coverage of the issue of illegal privatization of  the lands in the Bilichi forests.

On September, 26, 2012, strangers attacked and brutally beat Dmytro Volkov, a journalist of the program Hroshi, who investigates the issue about illegal sharing of the lands near Vyshhorod. The journalist suffers from concussion, broken jaw and multiple injuries.

On September, 17, 2012, the journalists of the State TV and Radio Company Crimea again wern't allowed to the briefing of Klychko that took place in the hotel Moscow in Simferopol.  The reason was the same -  no accreditation. They also informed that there were no requests on accreditation from the State TV and Radio Company Crimea. Eugen Kihan, a journalist of Odessa Daily, also wasn't allowed to that briefing without any reasons. The journalist protested against the denial of accreditation before the press conference. The journalist was allowed to attend the event only after he personally addressed Klychko, who ordered to let the journalist in, but after this communication again there were attempts to block the entrance to the press conference.

The cases of attack to the journalists associated with the pre election campaign were also recorded. Thus, in Kysorychi, Rivne region, Yuriy Mochaev, a journalist of the newspaper Tochhka OPORY, was pushed out from the meeting of Mykila Soroka, an Ex Governor of Rivne region, Deputy Rector of the National University of Water Management and Nature and a candidate from the Party of Regions. After the beginning of the meeting Soroka's assistant came to Mochaev and demanded to stop recording and leave the meeting room. The journalist refsed and then the man closed the camera himself and by force pushed Mochaev from the room.  In the corridor they warned him if he didn't stop recording, he risked to stay without his camera and health.

In Artemivsk, Donetsk region, Serhiy Furmaniuk, a journalist of the Internet publication Ostrov, was brutally pushed out of the room, where the meeting of Serhiy Kliuev took place. The journalist's shirt was torn, when he tried to omit a man, who didn't allow him to enter the room. I took a place in the first raw. The meeting was delayed and I went to the hall to find out what was going on. I saw that all was fine and decided to come back to the room. There I was identified as not loyal journalist and one of the leaders of the local quarters of Serhiy Kliuev didn't allow me to enter the room, - said Furmaniuk. I showed my journalist ID and said that his actions were illegal and he violated my professional rights. He brutally pushed me out. When I tried to omit him, he pulled me and tore my shirt. The police was there, but nobody interfered, - added Furmaniuk.

In Luhansk region, David Bliadze, a deputy from the Party of Regions, threatened to cut off the heads of the journalists and after such communication the journalist of RTV of Rovenky got to the hospital. The deputy was also arguing, swearing and threatening, when the journalists asked him why some of the diary stalls were demounted at the local market.

It is worth mentioning the pressure of Tvi, who were banned to continue their functioning without a special permission of the Ministry of Economic Development and trade of Ukraine. The reason of such actions was debt of $2,000 to APTN (Associated Press Television News), repaid long ago.

Court appeals to Media and journalists are associated, in most cases, with the pre election campaign. Thus, Lev Myrymskyi, a parliamentary candidate, demanded to abolish license for TV Broadcasting  of the State TV and Radio Company Crimea up to the end of the election campaign. The deputy thinks that on August, 16, 2012,  during the broadcasting of the spontaneous meeting in the program Chas Nivyn on air there were anti election campaign actions against him as a candidate. But Kyiv District Court of Simferopol declined the laim in fuul.

Olksiy Leliuk, a Head of the State Agency of Reserves of Ukraine and a parliamentary candidate from the Party of Regions, appealed to Court with the requirement to recognize false the article about him in the regional newspaper Poltavska Dumka – 2000 and ban this newspaper publication up to the end of the election campaign. The article from September, 6, 2012, was a repost of Volodymyr Orehovych's notes from the blog at the site of the Internet publication Correspondent  Why You Shouldn't Vote for Leliuk, a Deputy of  Three Convocations? The Court recognized false the information about Leliuk in the newspaper Poltavska Dumka. Leliuk also appealed against Poltava newspaper Gazety Po-Ukrainsky for the interview with Vitaliy Tokov, a rep of the Committee of Voters of Ukraine, where the latter said that Leliuk gave sweets and flour from the State Reserves of Ukraine to his voters.

In Oleksandriya, District Court declared illegal activities of the local newspaper Vilne Slovo, that published pre election campaign materials to support Liudmyla Davydenko, the First Deputy Head of City Council and a parliamentary candidate, and also published negative information about other candidates. The publication received a warning from the Court and in case of the repeated violation of the Law of Ukraine on Elections of the Parliamentary Deputies of Ukraine the publication can be stopped up to the end of the election process.

Кvladyslav Atroshenko, a parliamentary candidate at the constituency №206, appealed against Chernihiv newspaper Sivershchyna for publication a set of articles as to his possible involvement into disappearing of Tvi Channel from the cable network Osnova. Atroshenko demanded to recognize false the facts, described in the articles, namely, the fact that he is an owner of the company Osnova, that stopped broadcasting the channel. The other demand was to stop publication of the newspaper up to the end of the election process.

Oleh Liashko, a Leader of the Radical Party, appealed to Court with the demand to stop publication of the Internet publication Vysokyi Val up to the end of the election process. The reason was an article Liashko is Called “a Rooster” in Borozniansk Region, published on September, 11, 2012. He appealed to Court not against the publication itself, but the hosting provider of the site with the demand to temporarily switch off the resource from the network. 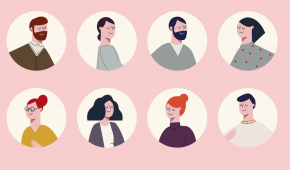 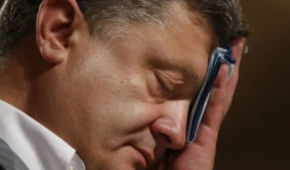 Nuclear attack and magic. Fake news and manipulations thrive in Ukraine media
Want to learn first about the new research of the Institute of Mass Media? Subscribe to the newsletter!