Freedom of Speech Barometer for November, 2012

In November in Ukraine the main violations of journalists' rights were associated with causing obstruction to journalist professional activities and censorship – 32 cases. There were also 8 cases of Court appeals against Media and journalists; 7 cases of assaults, attacks and intimidation of journalists. These are the data of monthly monitoring by IMI Freedom of Speech Barometer.

At the beginning of November IMI recorded some cases of causing obstruction to the journalist professional activities, which were related to the election campaign, especially to the calculation of the voices after the parliamentary elections on October, 28, 2012.

In most cases, journalists were not allowed to be present at the meetings at the district poll stations or they were pushed out of the offices. Such cases were recorded at the scandal poll stations. Namely, at the poll station №223 in Kyiv, where the competition was between Yuriy Levchenko, a candidate from the Party Svoboda, and Victor Pylypyshyn, a self-nominated candidate. The journalists were not  allowed to enter the poll station or they were asked to leave the meeting room after the decision of the district election commission.

One more scandal poll station №132 was in Mykolayiv, where during announcing the election results the journalists were pushed out from the meeting room. They announced the victory of Vitalii Travianko, a candidate from the Party of Regions, though the Opposition declared falsifications there.

There were cases, when journalists were not allowed to be present at the Court hearings appealing against the election results. Such case happened on November, 8, 2012, when the reporters of all info agencies and printed Media were not allowed to enter the meeting of Kyiv District Administrative Court, explaining by a small room and a lack of space. The Court  was regarding an appeal of the Party Batkivshchyna against the poll station №94 as to invalidate the election results at 27 poll stations, constituency №94, where Tetiana Zasuha, a candidate from the PR, has won.

Moreover, Kyiv Administrative Court of Appeal didn't allow Media reps to be present at the hearing of Oleksandr Suprunenko' case against Ksenia Liapina, a candidate from the Opposition, at the constituency №216 in Kyiv.

One more resonant case of censorship happened on November, 30, when the TV channel Ukraine cut from TV version of the 12th National TV Laureate Reward Ceremony Teletriumf 2011-2012 the speech of Andriy Kulykov, one of the laureates and a presenter of a talk-show Svoboda Slova at ICTV. They left only thank you words of Myhailo Pavlov, a producer of Svoboda Slova. Thus, the following words were cut: Here, at the stage, there are people coloured blue, red and green. But the orange colour has disappeared and there is no crimson. For all of us it should be a warning, we should not allow disappearing of the colours. We should not allow disappearing of languages from our TV, we should not allow disappearing of our colleagues from our community. In our program we have people of different colours, I mean people of different political views and, perhaps, that is why it is as it is. On the contrary, Serhiy Tovstenko-Zabelin, a Head of the Corporative Cooperation Department of the TV channel Ukraine, mentioned that while editing the ceremony the main factors were temporythm and some artistic value. If  for some nomination not only a laureate went up to the stage, but also his colleagues, they put on air the speech of only one, he said. He also added that directors had to edit the words of the ceremony presenters as well.

One more resonant case happened on November, 26, when Volodymyr Yakuba, a Head of  Sevastopol City State Administration, at the meeting of Administration asked Serhiy Nornanskyi, a General Manager of Sevastopol Region State TV and Radio Company, to increase a number of programs about Donetsk and Dnipropetrovsk at the local TV instead of the programs about Western Ukraine. You should feel the issue, because you broadcast “pro-western” programs. Where do you take them? - addressed Yakuba to Normanskyi.

Some cases of Court appeals can be regarded as funny ones. Namely, Oleksandr Mamai, a Mayor of Poltava, appealed to Court against Poltava Internet publication Poltavshchyna, and demands 100,000 hrn of compensation for the words he has been on the carpet at President's in one of his articles.

In Luhansk region Olena Chorna, an official of Krasnodonsk District Executive Commission, appealed to Court against Luhansk site 0642 and a newspaper «2000» with the demand to oblige Media to make excuses and pay her a moral compensation of 100,000 hrn for the publication Director of the Museum “Moloda Hvardia” is a Girl with a Look  of a  'ViaGra” Group Singer. The article from August, 10, 2012, contained candid pics of Chorna, which she posted in one of the social networks.

One more interesting case happened, when Petro Yurchyshyn, a director of Agricultural Research and Production Enterprise Visyt and a candidate at the constituency №13, appealed to Court against Media, who spread not true information about him (according to his words). They say that Yurchyshyn seemed to have destroyed a road in the village Rybchyntsi, which he had repaired by his expenses earlier, after he got to know that he lost parliamentary elections on October, 28, 2012.

2.Interrogation of Melnychenko on Pukach's case was postponed

1. In Luhansk a journalist was threatened

2. In Lutsk the editor of a newspaper “Avers-Press” was beaten 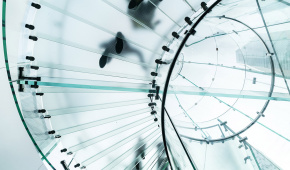 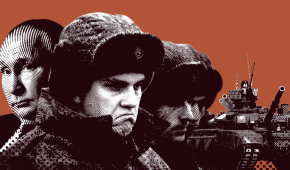 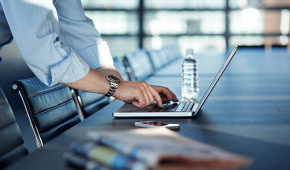 Slightly over a third of the leading online media publish their editorial policies – IMI survey
Blogs
Collaborators' meaning juggling: how the minds of Ukrainians in the occupied parts of Zaporizhzhia oblast are being poisoned
"With Russia forever:" how "L/DPR" groups are preparing the region for "joining" RF
"I want this film to be presented at international trials:" the story of Lithuanian filmmaker's documentary, told by a Mariupol journalist
Western experts in the russian fog
Do you want to be first to learn about the new research of the Institute of Mass Information? Subscribe to the newsletter!