Ukraine: Most of violations were provoked by electoral staff 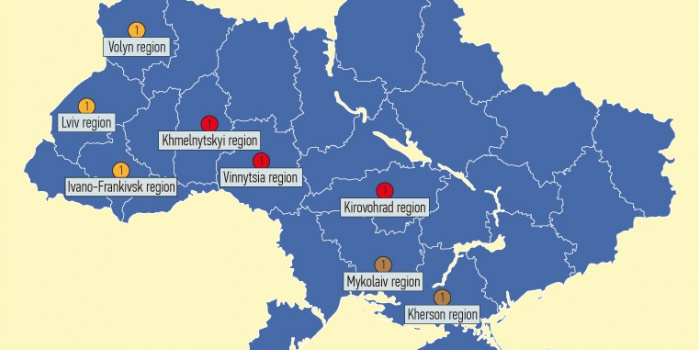 In Ukraine between 18 and 24 October 3 cases of violation of journalists' rights were registered in the categories "Physical aggression" and "Censorship. Access to public information" each and 2 cases of internet pressure.

In Vinnytsia two journalists Natalia Bolhovska and Yuriy Basiuk, an editor of the website "Vinnytsia.Daily", wrote a police statement on obstruction of journalist activity by Yuriy-Yanuariy Shostak, a candidate from "Batkivshchyna",  17th district, along with his adherents. The incident happened in Vinnytsia press club during a press conference of Viktor Zherebniuk, a candidate of 14th destrict.

In Khmelnytskyi unidentified men defaced the building of Channel 33 and sprayed some paint at the director general Ihor Melnychuk.

In Kirovohrad an uknown man attacked Valeriy Lebid, a journalist of the online media outlet "Hrechka", who was filming a clash at the meeting of the Opposition Bloc Leader Serhiy Larin with his electors.

The representatives of Roman Grygoryshyn's staff, a parliamentary candidate, came to the editorial office of the district communal newspaper Galytskyi Krai http://gk.if.ua (Ivano-Frankivsk oblast) demanding not to publish the material they considered political put-up job on the first page.

The only cable TV provider in Novovolynsk (Volynsk oblast) is jamming the broadcast of Channel 1+1.

In Brody (Lviv oblast)  group of deputies of the rayon council, members of the Electoral association "Svoboda", broke into the building of the TV and radio company "Brody" and demanded that the political advertisement against the Parliamentary candidate from "Svoboda" Iryna Sekh be taken off air.

Yevheniy Bilyi, a Kherson journalist of the online media outlet "Naberezhnaya", wrote a police statement. He claims that Kherson Euromaidan self-defence spreads false information about him offending his honour and dignity. 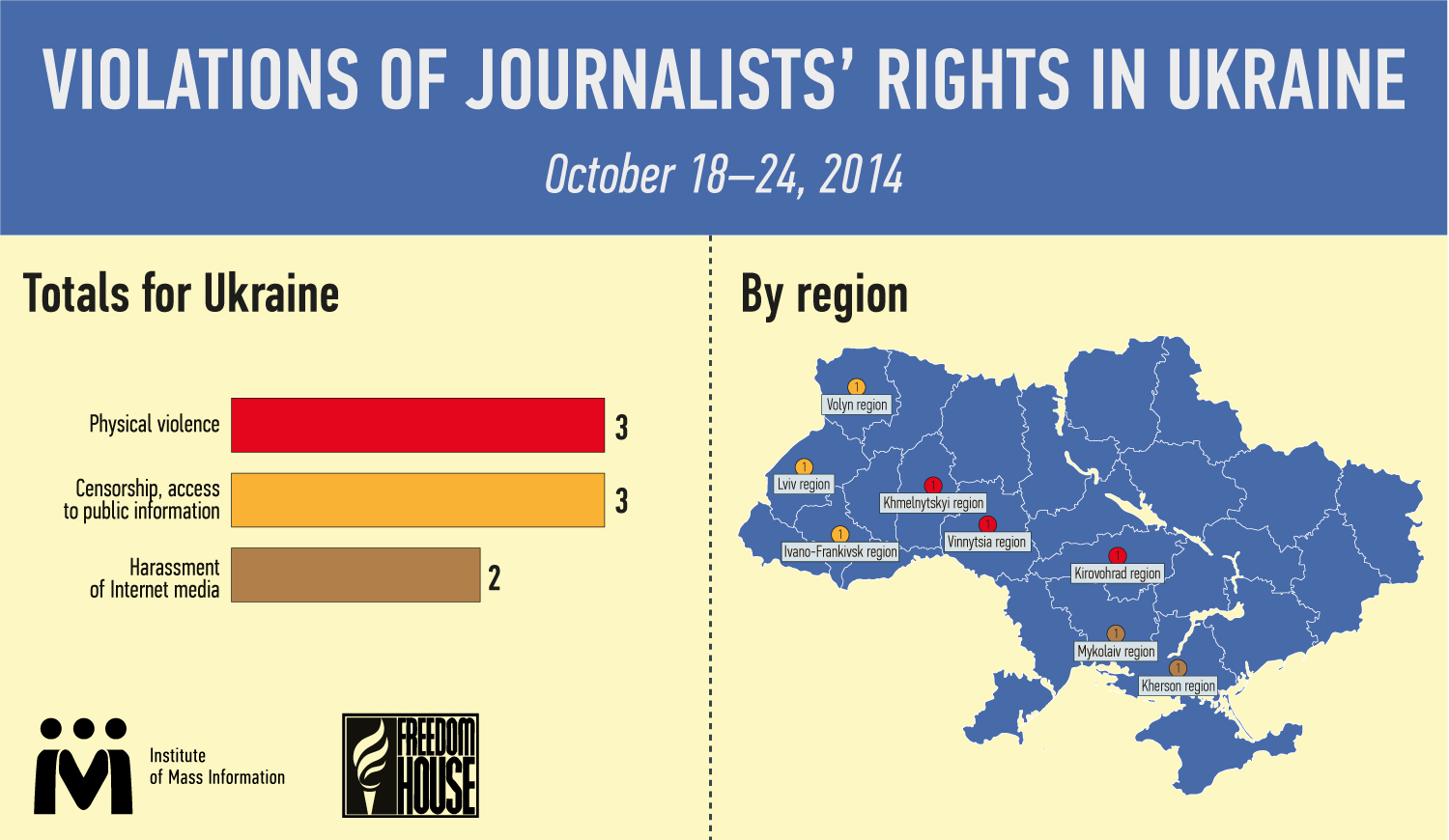