Ukraine: journalists in different regions are against the creation of "Ministry of truth" 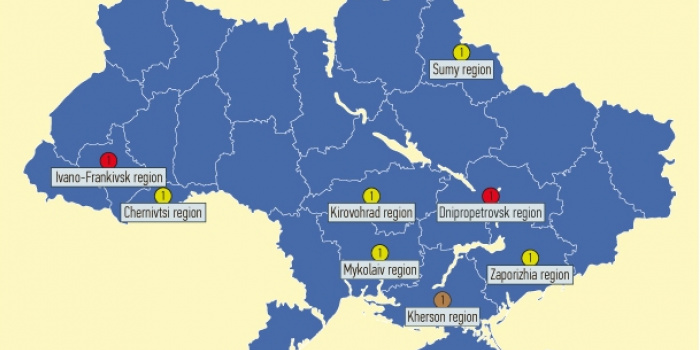 A journalist form Dnipropetrovsk thinks that they wanted to use him in media war. Vadym Klymentyev, an editor of the website "Dnipropetrovskyi aktsent", claims that he is coming across obstrustion of his activity. Besides his website stopped working. However he was explained by hosting service that it had been connected with technical reasons which couldn't be removed till November 4.

After consideration of case brought by ex-deputy of Ministry of Internal Affairs branch in Ivano-Frankivsk oblast, Yaroslav Manzheley, on request to declare his dismissal illegal and to restore him to his position. Volodymyr Harmatiuk was forbidden to shoot an interview in the corridor.

Category "Protection of freedom of speech"

About 20 media from Zaporizhia supported the IMI representatives' appeal and a statement of the movement "Stop censorship" not to admit the creation of Ministry of Information of Ukraine as a new body of propaganda aimed at harassment of freedom of speech.

10 editorial offices of mass media and 17 journalists in Mykolaiv signed an open letter to the President, Prime-Minister and Chairperson of Verkhovna Rada of Ukraine with a request to stop the creation of so-called Ministry of Information Policy of Ukraine considering it to be a way of freedom of speech harassment, government intervention and control of mass media.

In Kirovohrad about 50 journalists protested against the creation of "Ministry of Truth". They are sure that the creation of such a ministry will do lots of harm to the freedom of speech in Ukraine.

In Sumy oblast representatives of mass media addressed the nation's leadership with a request to stop the creation of  Ministry of Information Policy of Ukraine and eliminate a post of minister of information policy.

Vadym Pelekh, a leader of Chernivtsi branch of Independent media trade union, sent an open letter to the Ministry of Internal Affairs branch in Chernivtsi oblast concerning inaction of law enforcement bodies in considering cases relating to journalists of this oblast. 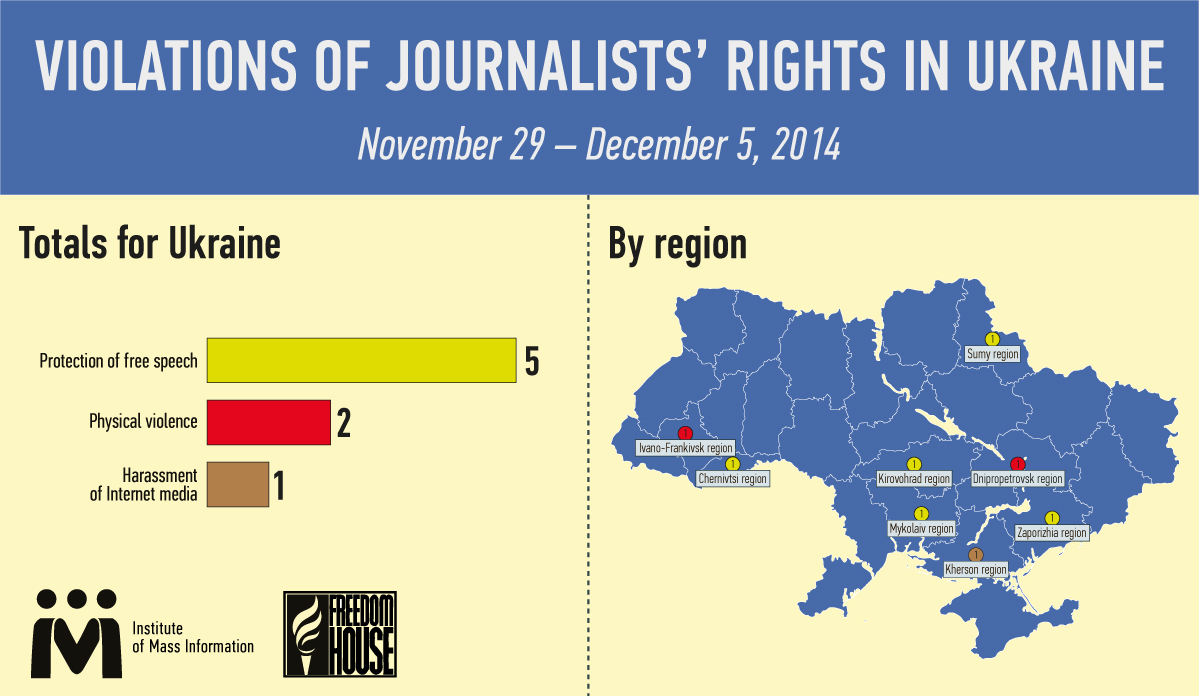