IMI: «The number of refusals to provide information and beatings of journalists is growing journalists» 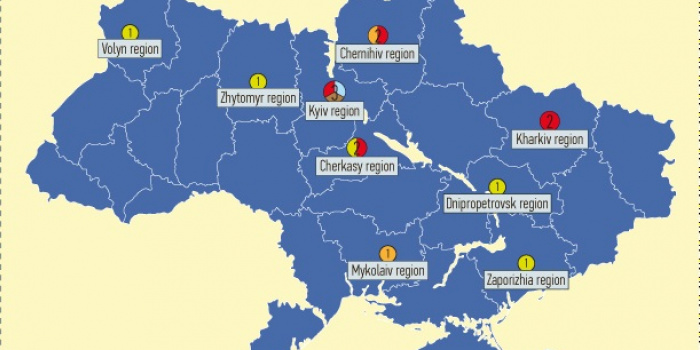 In the period of January 10-16, 2015, IMI registered six cases of physical aggression against journalists, two cases each of censorship and pressure on media outlets, and five facts concerning protection of freedom of press.

This week, the beatings of journalists were revenge-motivated, not in the course of their professional activities. One of these cases (in Chernihivska oblast) was about the material published two years ago. On some cases, the police refused to open cases under Article 171 (Obstruction to lawful professional activities of journalists), as the journalist was not on the job but at a night club (the case in Cherkasy).

Ukrainian officials and bureaucrats still believe that information about them and their assistants is confidential and that discussions of budget are closed for coverage:

Ukrainian media outlets are experiencing pressure both official (through international structures) and illegal, by DDoS attacks

This week’s positive tendencies are opening of criminal cases on facts of beatings of journalists, punishment in the form of fines and acknowledgment that police failed to act appropriately on cases of obstruction to journalist activities. Zhytomyr journalists expressed their solidarity with a colleague, who received threats from a son of a local politician, deputy of the city council. 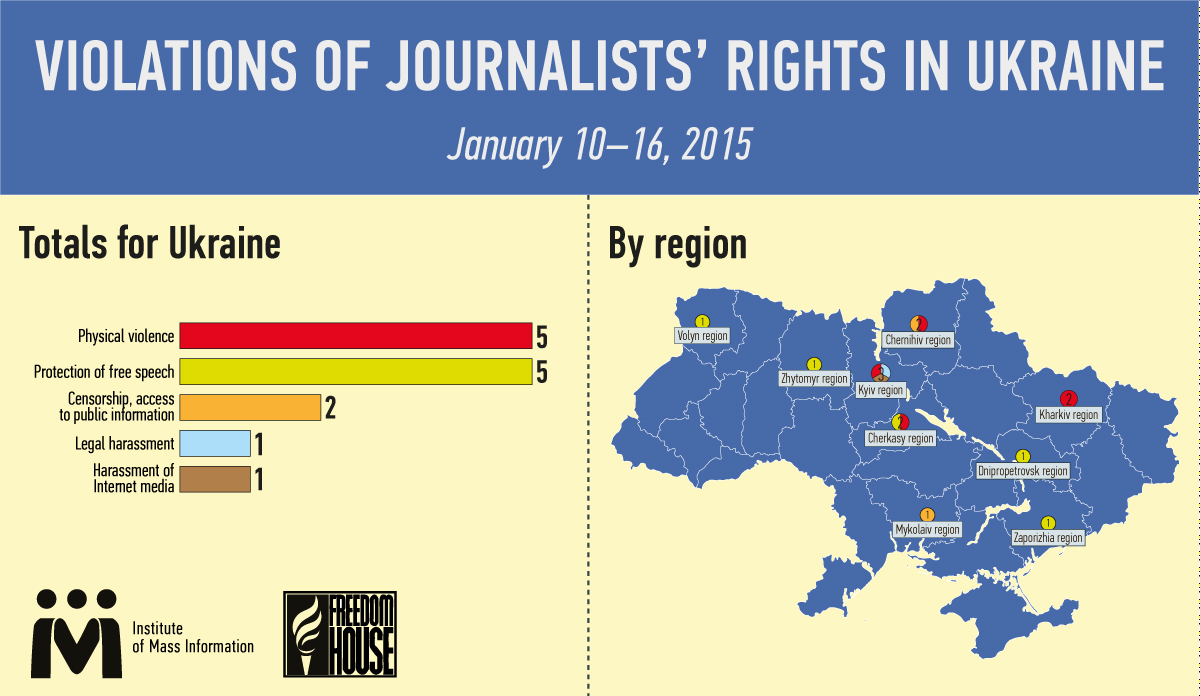