IMI: «Physical aggression against journalists is practiced by drivers and construction site security» 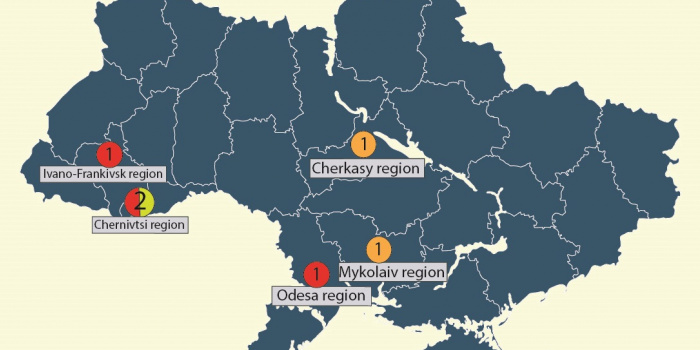 In the period of September 1-11, 2015, three cases of violations were registered in the category «Physical aggression», two cases in the category «Censorship. Access to Information», and one in category «Freedom of press protection».

In the first ten days of September, the actions against the journalists were mostly "common" obstruction and physical aggression, when individuals try to "protect themselves" against the unwanted information about their illegal actions becoming public. In Mykolaiv, the online media outlets «NikVesti» and «Prestupnosti.NET» continue to struggle with local authorities to get faster response from them, in compliance with the Law «On Access to Public Information».

There was a traffic accident in Kosiv region in Ivano-Frankivska oblast: a car hit a trailer of a truck. When the activist of “Road Control” Vitaliy Matsiotskiy tried to make the video record on site, the trailer owner attacked him, hitting his head.

The Journalist of Odesa-based Channel 7 was injured in a fight on a construction site in Odesa. A “Community Self-Defense” man directed a jet of tear gas in the face of the channel’s journalist Vyacheslav Kasim. The filming crew was caught in the crossfire of the conflict between developers and the locals that snapped out of control in a cottage district at the tenth station of the Fountain.

In the center of Chernivtsi, journalists went along with road police for a raid against parking violations. When the cameraman Ivan Chizhyk started recording how one of the drivers parked at a pedestrian crossing near the city council building, the perpetrator decided to flee, and on his way he intentionally tried to hit the cameraman, to give him "a ride on the hood".

In the town of Vatutyne, Cherkaska oblast, a journalist of the media outlet «Tochka Opory» was not allowed attend the session of the town election committee, as the committee members were against it. They did not believe that his journalist ID was genuine.

The journalist of Mykolaiv online media outlet Kateryna Sereda complains that the administration of Mykolaiv city council’s executive committee is negligent about adhering to the standards set forth in the Law of Ukraine «On Access to Public Information», in particular, the obligation to respond within 5 working days. According to her, lately to her requests for information she sends to the office of Mykolaiv city mayor Yuriy Hranaturov, the responds are late by 7 or 4 working days. In addition, Sereda mentions that local officials started to use the option of replying within 20 working days, when generating the response does not require this time at all.

Based on a complaint to the police by the journalist of 0372.ua portal Halyna Yeremitsa regarding obstruction to her work in the maternity hospital in Chernivtsi, Shevchenkivskyi Rayon Department of the Ministry of Internal Affairs Administration started criminal proceeding based on part 1, Article 171 of the Criminal Code of Ukraine (obstruction to legal professional activities of journalists). 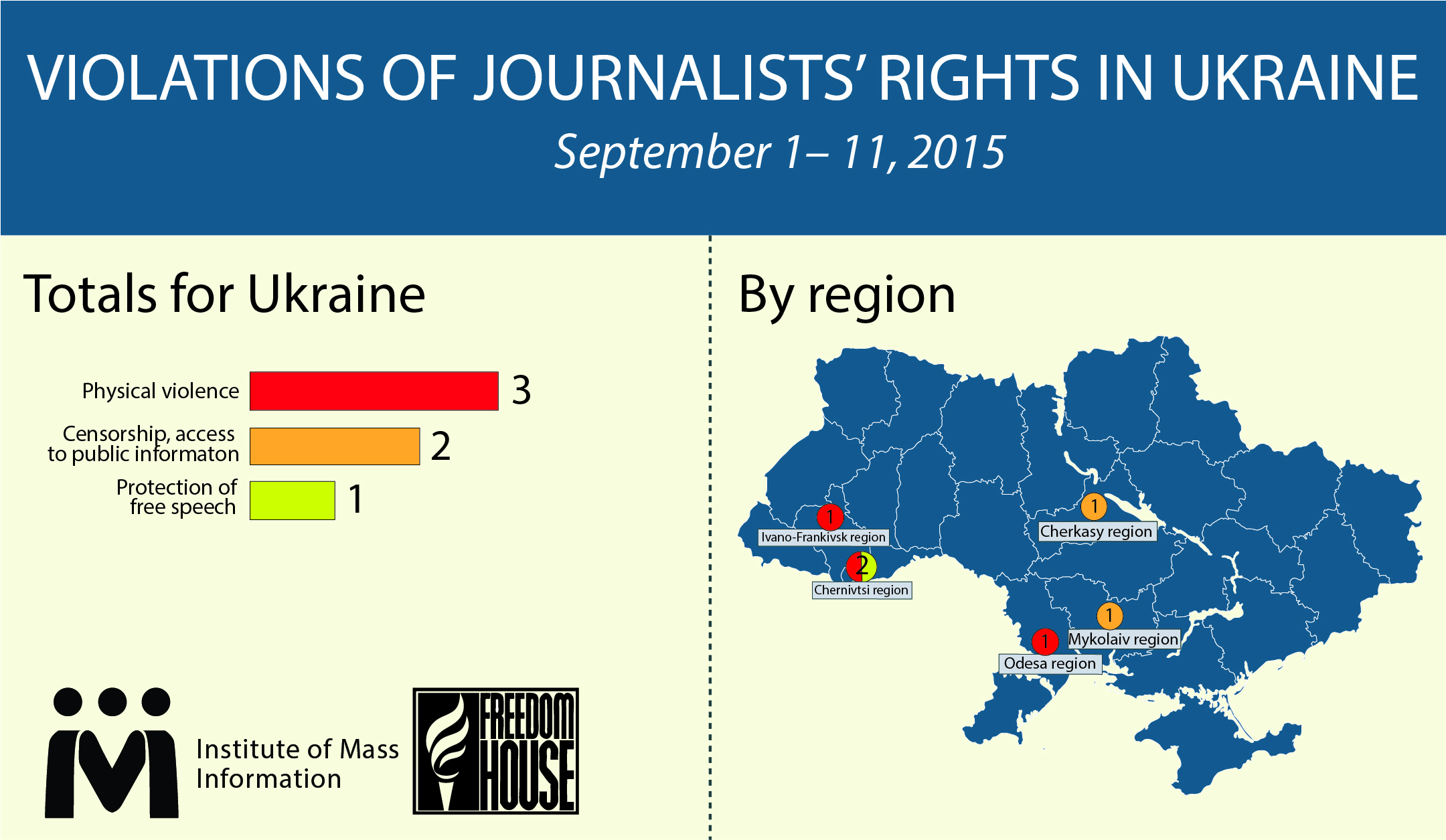 This report was prepared under the project «Network of media observers», implemented by ІМІ with support of Freedom House and the Ministry of Internal Affairs of Norway.

Attempts to reorientate state-owned TV channels Dom and Rada are a backtracking on democratic reforms - Media Movement’s statement
News
Russian hackers tried to break into computer networks of some apartment buildings, says SBU
Russians are spreading fake news about the deportation of potential conscripts, says CCD
Russians deliberately fire at Česká Televize journalists near Bakhmut
Russian propaganda about the war in Ukraine will not succeed – EU
Do you want to be first to learn about the new research of the Institute of Mass Information? Subscribe to the newsletter!