IMI: «Obstruction to journalists' work is rather usual for officials in the regions » 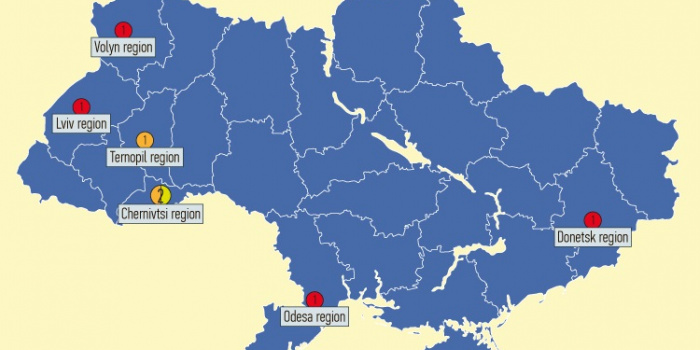 In the period of March 1- 13, 2015, in Ukraine IMI registered 4 cases of physical aggression against journalists, two cases in the category «Censorship. Access to public information» and  one in the category «Protection of freedom of press».

In the beginning of March, Ukrainian journalists again faced aggressive attitudes (Volynska oblast, Odesa) and refusal to provide information (Lvivska oblast, Chernivetska oblast, Ternopil); in the ATO zone, the filming crew of Channel 5  got under mortar bombardment. IMI's regional representative in Chernivtsi Nadia Babynska, who received a refusal from the rectorate of Chernivtsi University to disclose information about its management's salaries and benefits, is suing it for this.

In the town of Novovolynsk, Volynska oblast, the editor of the online media outlet “BUH” Andriy Medyna was attacked by unidentified men, who said they were security guards of the plant “Kronospan UA.”

In Yavoriv (Lvivska oblast), the freelance correspondent of “Yavorivsky Visnyk” and community activist Yuri Kentsal, who was filming a session of the committee on the issues of legality and deputy ethics and communal property, was told by the town council deputy Yaroslav Bufan to leave the session.

The filming crew of Channel 5 – journalist Tetiana Ihnatchenko and camera opreator Yevhen Honcharenko - got under mortar bombardment by separatists in the village of Shyrokyne, Donetska oblast.

In Odesa, during a mass event a camouflaged man hit the journalist of the informational agency “Odesa-media” Volodymyr Pustovit.

Ternopil city council refused to provide to the journalists of the media outlet «Kolona» complete information about incomes of its deputies. The journalists submitted requests as to income declarations of deputies of local councils within the framework of the project “Openness of people's mandate.”

Nadia Babynska, who received a refusal from to disclose information about its management's salaries and benefits, is suing it for this

The rectorate of Chernivtsi National University refused to provide to local journalist Nadia Babynska (regional representative of IMI Nadia Virna) the information about their salaries, benefits, wage premiums, and financial assistance. She requested this information in an information request she sent to the University on February 24.

Category «Protection of freedom of press»

Chernivtsi journalist of Hormadske.Radio and the anti-corruption portal Corruptua.org Nadia Babynska filed a lawsuit to the district administrative court against Chernivtsi National University for its refusal to fulfill an information request. 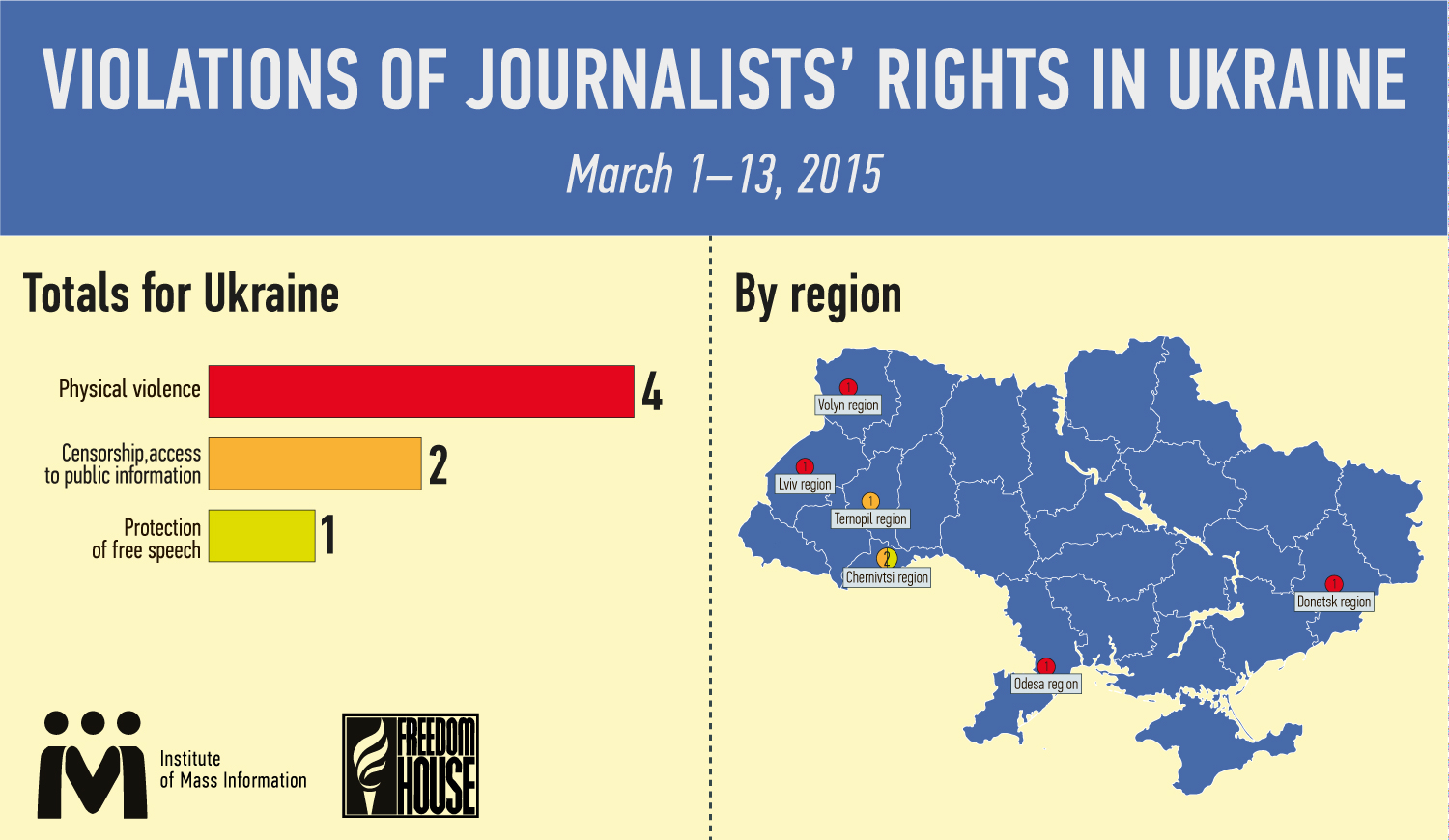 STATE INSERTED IN “ENVELOPE" ONCE MORE, NOT IN SMARTPHONE?
News
Journalist taking pictures of protest rally arrested in Belarus
Amnesty International India halts its work on upholding human rights -Amnesty International
Journalist of Belarussian Association of Journalists detained for 15 days
Crimean court rejected appeal of citizen journalist Kadyrov
Want to learn first about the new research of the Institute of Mass Media? Subscribe to the newsletter!