IMI: «In Chernihiv, an attempt was made on journalist’s life» 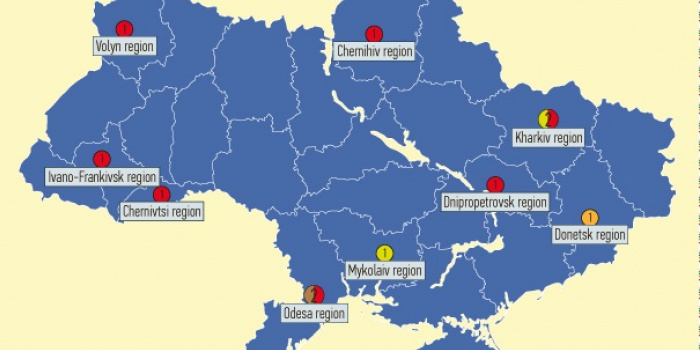 In the period of January 24-30, 2015, IMI registered six cases of physical aggression against journalists and one case each of indirect pressure and pressure on an online media outlet, as well as two cases in regard of protection of freedom of press.

Despite the declared intentions «to live following the new path» and to ‘steer the country in the clear’, the local authorities still try to keep journalists in the dark about their decisions and would not let them be present at discussion of high-profile cases (Lutsk, Ivano-Frankivsk). Also, there was an increase in the number of threats and attempts of intimidation to journalists (Izmayil, Chernihiv, Chernivtsi, and Kharkiv). When the TV channel 1+1 aired a news story criticizing the mayor of Druzhkivka, Donetska oblast, the mayor had the TV channel cut off in the town for the time of the news program. This proves that the mayor has solid influence over the local cable TV providers. Russia keeps pressure over the last independent TV channel in the occupied Crimea – the ATR TV channel.

Good news is that the protocol was submitted on a misconduct committed by the prosecutor on issues of access to public information of the prosecutor’s office in Mykolaivska oblast Olha Levytska.

The TV channel “1+1” disappeared from the local cable network in the town of Druzhkivka, Donetska oblast, before airing of the evening news where the story about the city mayor Valeriy Hnatenko was to be broadcast. A TSN story about him covered how he participated in pro-Russian meetings and voted for raising the Russian flag over the governmental building as well as  engaged in pro-Russian propaganda.

In Simferopol, the occupied Autonomous Republic of Crimea, armed men surrounded the building of Crimean Tartar channel ATR. They confiscated the channel’s server with video archives. At the moment, the channel has no analogue broadcasting.

On January 29, Izmayil website «Іnforechie» (Odeska oblast) underwent a DDoS attack. Its operation was restored only on the next day.

Protection of freedom of press 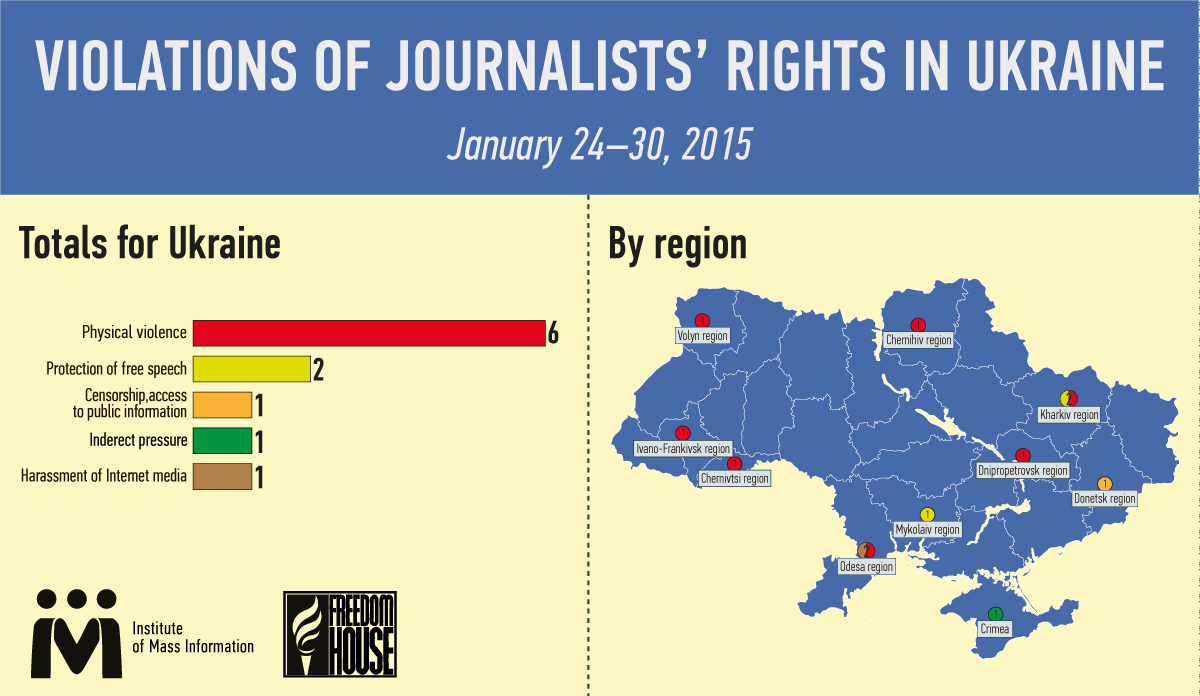 Attempts to reorientate state-owned TV channels Dom and Rada are a backtracking on democratic reforms - Media Movement’s statement
News
"Strana.ua" journalists who visited Kherson on behalf of "360 Novyny" have been stripped of accreditation
Another Russian propagandist illegally arrives in Ukraine
UOC MP will sue Slovo i Dilo over a mention of metropolitan bishop Boholep
Vatican under hacker attack
Do you want to be first to learn about the new research of the Institute of Mass Information? Subscribe to the newsletter!