Freedom of Press Barometer for April 2017

This month, the top three categories also included limitation of access to public information – 4 cases and damage to journalists’ property and lawsuits by journalists – 3 cases each. In April, the number of cases in these categories grew, compared to March.

Sill, one registered case of threats aimed to force the journalists to leave the place of the filming out of fear for their lives. On April 14, near the village Pliuty, Kyivska oblast, unidentified persons took several shots at the car with the journalists of the program “Slidstvo.Info” Maksym Opanasenko and Kyrylo Shapara. The incident took place when they were filming a story about a new house of businessman  Renat Akhmetov. “The shots went a meter or a meter and a half above the car. We did not see who was shooting at us. It was essentially a swamp and woods around it. We suspect that they just wanted to scare us away,  as they saw where our drone was landing, and decided to shoot over our hears”, –journalist Maksym Opanasenko said.

Overall, IMI registered vilotations of freedom of press and of journalists’ rights in April in 13 oblasts of Ukraine. In particular, this month the largest numbers of cases of such violations was recorded in Kyiv and Kyivska oblast (7 cases), Volynska (4 cases) and Mykolayivska oblasts (3 cases).

Obstruction, as the IMI monitoring shows, was usually about banning journalists from filming of this or that event. For instance, in the village of Ahronomichne, Vinnytska oblast, journalist of the Vinnytsia-based newspaper и “33 Kanal” Liudmyla Polishchuk was not allowed to attend the session of Ahronomichne village council. The citizens who came to participate in the session would not let the pregnant journalist enter the office of the village mayor, where the session was taking place, and the village mayor himself Oleh Shulikin said that Polishchuk was supposed to clear with him her presence at the session 10 days in advance. Then, Shulikin explained his refusal to let her in by the standing order and opinions of the councilmembers, who were against her presence. Both men and women, who came to attend the session, just pushed the journalist out of the village council and blocked the door with a broom.

This incident is now being investigated as a criminal offence “Obstruction to journalist activities”.

The journalists were pushed, their equipment was taken away from them. In particular, such an incident happened in the village Khrystynivka, Cherkaska oblast. An unidentified man attacked the editor of the online media outlet “Vechirnia Uman” Volodymyr Hamalytsia, forcing the journalist to fall down, damaging his camera in the process. The incident took place on a parking lot near the enterprise ‘Khrystynivka Cereal Receiving Station’ when Hamalytsia was filming a story about unidentified persons illegally taking over the enterprise.

In Oleksandria, Kirovohradska oblast, the town mayor Stepan Tsapiuk during the session of the territorial town electoral commission forced the filming crew of the local TV and Radio company “Kontakt-LTD” to leave the premises altogether.

This month, the cases of limitations of journalists’ right for access to public information were registered in Kyiv. Access was denied by the law enforcement (National Police), executive power (Ministry of Foreign Affairs) and judicial power, as well as the company “Ukrhazovydobuvannia”.

In April, IMI registered three cases of damage to journalists’ property: these were journalists’ cars torched. This month, the journalist and activist, who is fighting against development of Vumivskyi Forest in the village of Petropavlivska Borshchahivka (Kyivska oblast), Valentyna Aksionova lost two cars to arsonists.

Journalists’ lawsuits were challenging failure to provide public information on request by the Security Service of Ukraine, “Naftohaz Ukrainy” and Volynska oblast council.

IMI also registered one case each of censorship, attack on an office of a media outlet, cyber attack, a lawsuit against a media outlet and legal pressure.

On the occupied territories of Donbas, IMI registered one case. In particular, the so-called “Ministry of Internal Affairs of LPR” put on a wanted list the war correspondent of the program “Podrobytsi” of the TV channel “Inter” Hennadiy Vivdenko, Ruslan Smeshchuk, camera operator Serhiy Dubinin and the TV channel’s former war correspondent Roman Bochkala, “Podrobytsi” reported.

The pro-Russian mercenaries accused the journalists of “facilitating the terrorist activities” on the territories they control.

So, since the beginning of the year IMI registered 3 cases each of beatings and censorship, 23 cases of obstruction, 13 cases of limitation of access to information and 9 cases of threats. 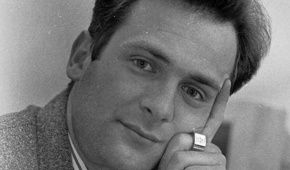 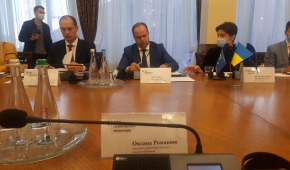 We call on Parliament to make tobacco industry limit one's interference with work of mass media. Statement
News
Brest journalist punished with freedom restriction for comment - Belsat
Shmygal and Tkachenko find that Suspilne receives fully funding
Parliament rejected amendment to increase funds for Public broadcaster by UAH 526 million
Until October 27: accreditation for conference on Ukraine's implementation of ECHR decisions
Do you want to be first to learn about the new research of the Institute of Mass Information? Subscribe to the newsletter!