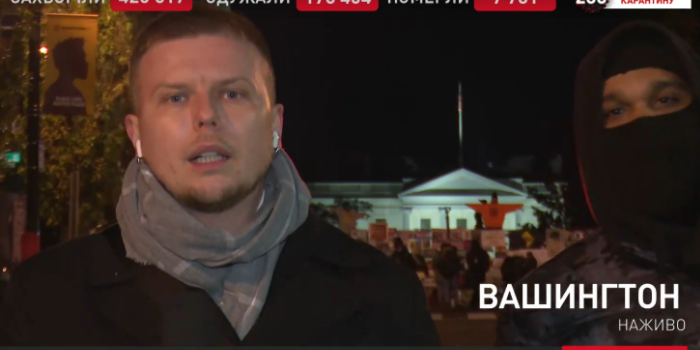 The TV presenterOleksander Skazkin said it in the live broadcast from Washington.

The TV presenter told the assaulters were persons from a protest march.

"We were attacked today during this march. Our camera has been damaged. It was unusable for live broadcast from Washington. At first, we were encircled, then they began to flash a torch into the camera lens. After that they approached us and simply damaged the camera, damaged the equipment. We had to stop work at once, ” Skazkin said.

Later, the camera was repaired: “But our prodigy cameraman Vyacheslav has gifted hands, he could fix the camera, and quite quickly. To do this, we had to return to the hotel. And here we are again "in rank and file" and ready to cover everything that is happening near the White House. "

The TV presenter added that the members of the TV crew were not injured during the attack.

On November 3,  in the USA presidential election was held.