Zelenskyy on Makhov: Let his son Vladyslav know – russia will pay for this death 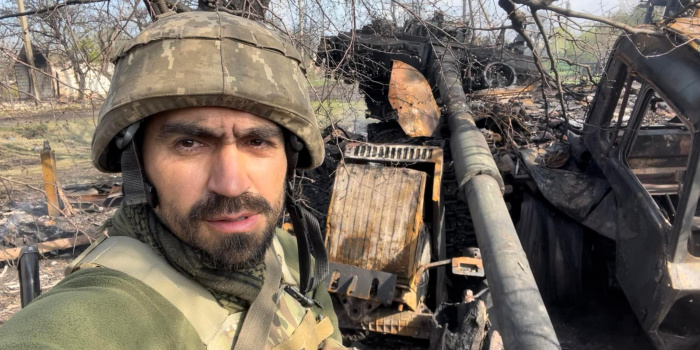 The President of Ukraine Volodymyr Zelenskyy expressed his condolences to the relatives and friends of journalist Oleksandr Makhov, who died on May 4 while defending Ukraine from russian aggression.

Volodymyr Zelenskyy said this in his evening video address on May 4, Ukrinform reports.

"From the first day of the full-scale war, he was at the frontline. A volunteer. An ATO veteran. Fighter of the 95th Assault Brigade. He comes from Luhansk region. He had a particular sense of what this war meant. Today he died in Kharkiv region, in the battles near Izium. He was 36 years old. My sincere condolences to his relatives and friends. Let his son Vladyslav know: russia will be responsible for this death. We will definitely secure a victory for Ukraine. I'm sure it was Oleksandr's dream. And we are bringing it into reality," Volodymyr Zelenskyy said.

He noted that Oleksandr always had his own perspective, was a patriotic and sincere man. And he was always among the bravest, among the first, worked in the hottest spots.

In 2017, Oleksandr Makhov was one of the first Ukrainian journalists to visit a Ukrainian station in Antarctica.

When the pandemic broke out, he spent two weeks in Sanjar, where Ukrainians were brought from China.

"Eternal memory to him and all our heroes who gave their lives for Ukraine!" said Volodymyr Zelenskyy.

As IMI reported, Oleksandr Makhov, journalist and serviceman of the Armed Forces of Ukraine, died on May 4 due to shelling by the occupiers near Izyum in Kharkiv region.