Zelensky to hold press marathon on October 10. He’s going to answer journalists' questions all the day 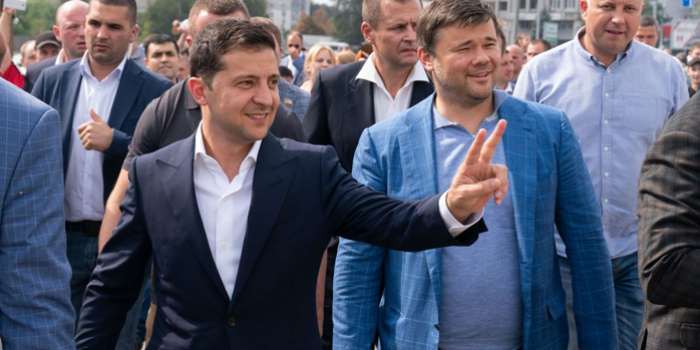 On October 10, at 10:00, the press marathon with the President Volodymyr Zelensky will start, during which the head of state will answer the journalists' questions all the day. It is reported on the website of the President.

Event format: Journalists will ask questions, gathered in groups of 7-10 people. Groups will replace each other every half an hour. They will be formed according to the accreditation list.

According to the press release, each media outlet is to get confirmation which will specify an exact hour of the meeting.

The journalists will also be able to work at the press center organized in the Kyiv Food Market, where live interview will be broadcast.

In addition, the marathon will be broadcast online on social media on official accounts of the Office of the President.

Accreditation will last until 6:00 p.m. on October 9. For accreditation, please, send the following information to [email protected]:

The president's office suggested that each mass media willing to attend the event had to accreditate one journalist, one photographer and one cameraman..

As IMI reported, on September 13, the President Volodymyr Zelensky said that in October he was to give the press conference he had promised earlier.

In August, Deputy Head of the Office of the President Kyrylo Tymoshenko said that President Volodymyr Zelensky would hold the press conference following the results of his 100 days as head of state.

Volodymyr Zelensky accorded the interview dedicated to 100 days of his presidency to an actor from the TV series "Servant of the People", Stanislav Boklan. It was aired on August 31 by “1+1” broadcaster.