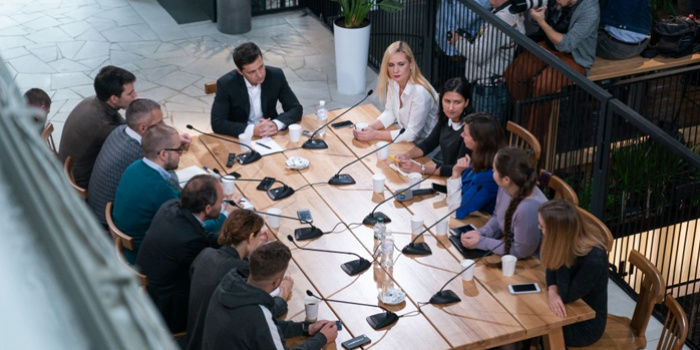 Ukrainian President Volodymyr Zelensky has broken a record by holding the world's longest press conference.  His communication with journalists started at 10:00 on October 10 and ended at midnight, according to an Ukrinform correspondent.

During the event, the head of state answered questions from almost 300 journalists representing Ukrainian and foreign media outlets.

The topics of interest to journalists included the Normandy format, the disengagement of troops in Donbas, Crimea, the Steinmeier formula, PrivatBank, Trump-Biden, the land market, the situation within the pro-presidential Servant of the People party, elections in Kyiv, the heating season and more.

Zelensky held his first major press conference for the first time since being elected to the president's post. Kyiv Food Market, a new food court in Kyiv, was chosen for the new format. It was partially closed to visitors during the "media marathon."

Journalists communicated with the president on the second floor of the establishment where, at a separate table with food and drinks, Zelensky answered the questions of media representatives. Groups of seven to ten journalists changed every hour. There were small breaks of up to ten minutes between the groups.