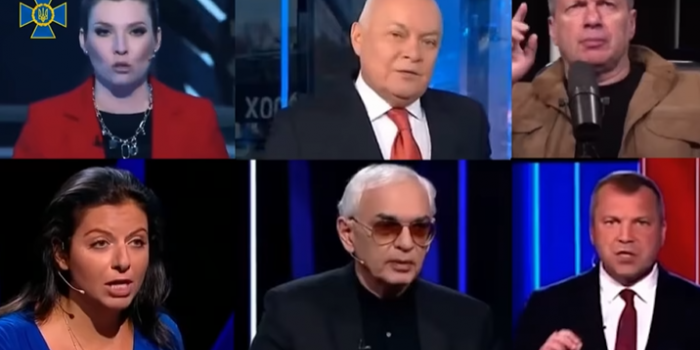 At the request of the Security Service of Ukraine, YouTube blocked 442 pro-russian channels with an audience of over 15 million subscribers total. The SBU announced this.

"Insane fakes about 'biolabs' and radio-controlled geese, hatred towards Ukrainians, and refined lies for their own citizens. This is the exact formula employed by russian propaganda, generating an endless stream of delusion," the statement reads.

Among the blocked YouTube channels are Rossiya, Pervyy, Zvezda, RT, Soloviev LIVE, Margarita Simonyan, and others.

In addition, 1529 Telegram channels and bots, 426 Instagram accounts, 93 Facebook accounts, and 1050 TikTok accounts have been submitted for block.

The SBU also proposes to send information about Internet agents who "leak" valuable intelligence to the enemy or share content in support of the invaders on social media to their official chatbot.