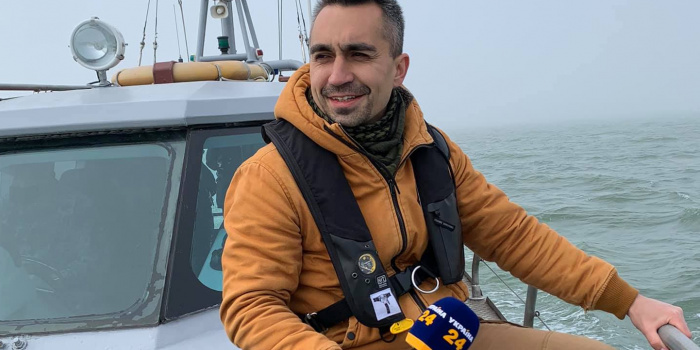 The Kyiv City Council's renaming commission approved the option of renaming the capital's Zholudeva Street in honor of deceased journalist Oleksandr Makhov. This was announced by his fiancée, journalist Anastasia Blyshchyk.

According to her, the collection of votes in support of this renaming is ahead now. You can vote in the "Kyiv Digital" application. To do this, open the "Derussification" section, search the name "Zholudeva," and choose the Oleksandr Makhov option.

As IMI reported, Oleksandr Makhov, journalist and serviceman of the Armed Forces of Ukraine, was killed in action on May 4 near Izyum, Kharkiv region. He was 36 years old. In civilian life, Oleksandr worked on the channels "Dom," "Ukraine," and "Ukraine 24."