World Press Photo 2017: the photo of the assassination of Russia's ambassador to Turkey won the prize

The winners of the World Press Photo 2017 contest, selected from more than 80,000 images, have been announced. Here are some of the winning photographs. BBC reports.

An image of the assassination of Russia's ambassador to Turkey, Andrei Karlov, has taken first prize in the 2017 World Press Photo awards.

The jury chair, Stuart Franklin, praised Ozbilici's image. "I think it is an incredibly hard-hitting news photograph, great spot news story. It wasn't just a photograph, it was a spot news story and I think that Burhan was incredibly courageous and had extraordinary composure in being able to sort of calm himself down in the middle of the affray and take the commanding pictures that he took."

Ozbilici also triumphed in the Spot News, Stories, award for his series on the event, titled An Assassination in Turkey.

The World Press Photo awards have been running since 1955. This year, the jury awarded prizes in eight categories to 45 photographers from 25 countries. 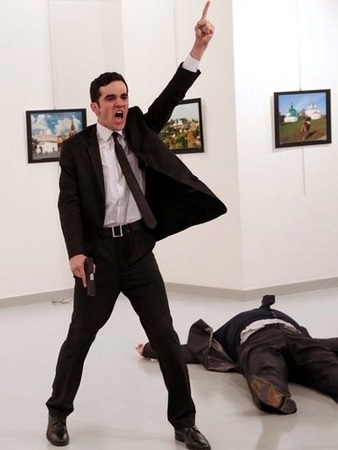