Women comment only every seventh material (14%) off all the Internet media, which is on 3% less than the last year (17%). Basically, women as experts are represented in advocacy, show business, sports, health, international news, and the liberation of prisoners topics.

These are the results of the monitoring of gender balance in Ukrainian printed and online mass media outlets, conducted by NGO «Institute of Mass Information» in Kyiv and in 10 regions of Ukraine in February of 2016*. 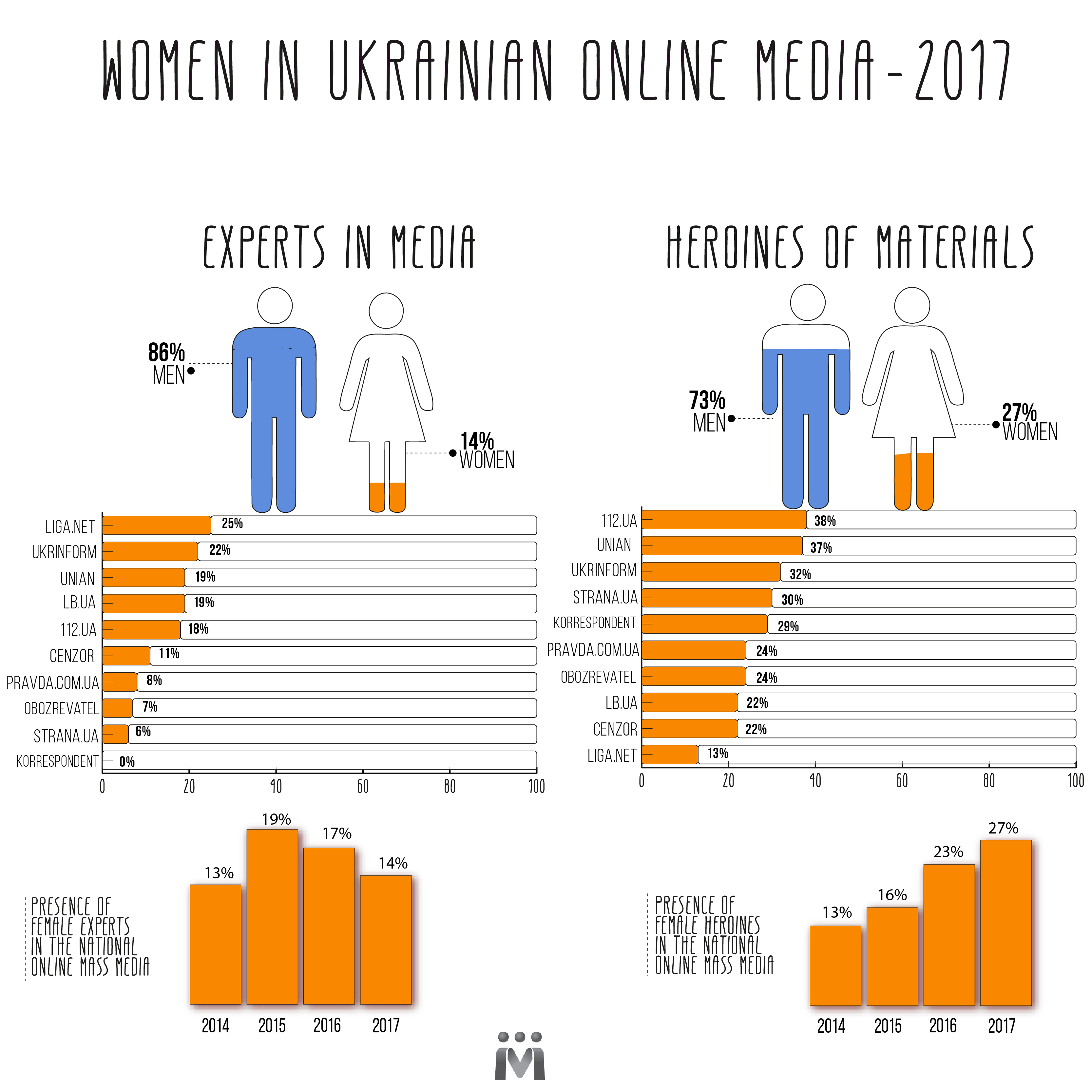 Women are most represented as heroines in the topic of show business, news about international politics, sports, culture, health, weight loss, personal life. Topics such as politics and economics remain "masculine" in Ukrainian media.  Only 8% of all the news, which mentioned women, were devoted to Ukrainian politicians women, and the media often featured two names - people's deputies Irina Gerashchenko and Nadiya Savchenko. In individual cases were mentioning NBU head Valeriya Hontareva, First Deputy Minister of Ministry of Information Emine Dzheppar, acting Minister of Healthcare Juliana Suprun. Among foreign politicians most references were to the Trump counselor Kellyanne Conway, permanent representative of the United States in the UN Nikki Haley, and leader of the ultra-right party, the French presidency postulant Marine Le Pen.

According to IMI, men actively writing blogs comparing to women in the Ukrainian Internet media  - 77% of the blogs were written by men, compared to 23% of blogs written by women. The smallest blogs authorship woman appeared in the pages of outlets - "Strana.ua" (13%), Ukrinform (11%) and Cenzor.net (10%).

he methodology of assessment can be found at the link.

Liked the article? Help us be even more cool!
Other news

Slidstvo.info found out who tried to disrupt screening of "Offshore 95"

Portnov lost to Channel 24, Shabunin and GPO at Supreme court
Blogs
Sanctions against Medvedchuk’s TV channels. The first estimates
Do you want to be first to learn about the new research of the Institute of Mass Information? Subscribe to the newsletter!