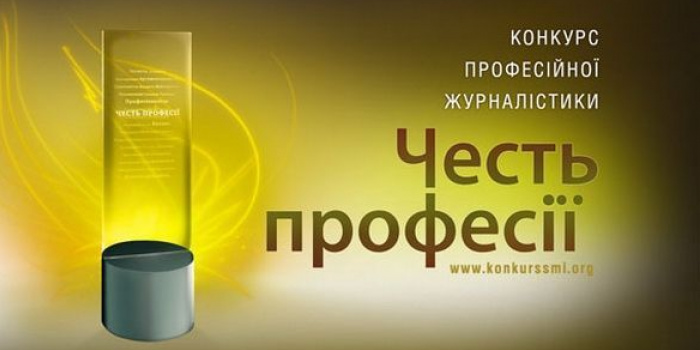 The winners of the journalistic contest "Honor of the Profession - 2020" have been announced in Kyiv, as Hromadske reported.

Bogdan Kutepov, journalist with Hromadske won in the nomination "For the best social and political essays” with the story "Chronicles of Annexation".

The journalists for BBC News Ukraine Olga Malchevska and Tetyana Yanutsevych won in the nomination “For the best Interview” with an interview with Lyudmila Ignatenko, widow of a Chernobyl firefighter who became the prototype of the heroine of the HBO/Sky series Chernobyl.

The journalists for "Krym. Realii" Olena Removska and Yulia Stets won in the nomination "For the best news coverage of a high-profile event" with the material "They try forcing out the Crimean Tatars": a day of mass searches and detentions in Crimea ".

In the nomination "For the best investigation" Lesya Ivanova, from "Our money with Denis Bigus" (Bihus.Info) won with the story "Army! Friends! Bucks!"

Irina Lopatina from "Radio NV" won with the audio film "War that rapes" in the nomination "For the best insights".

In the nomination "For the best report" the award was given to Olena Struk from Reporters for the story "Understanding the Maya".

The journalist of "Babel" Yuliana Skibitska won with the story "If there is no water in the village and everything is littered with garbage, then why the church? How the priest made the dying village successful - the report of the Babel". in the special nomination "Constructive journalism".

Three stories were shortlisted for the "Honor of the Profession - 2020" professional journalism competition.