Walk of free speech planted near Gongadze monument in Kyiv 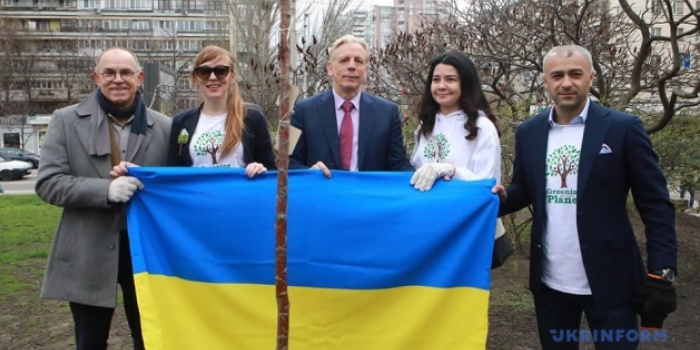 The Walk of Free Speech was planted in the square near the monument to journalist Georgy Gongadze in Kyiv on April 14, as Ukrinform reported.

The walkway of 16 maples and sakura trees has been planted as part of the Green Planet project.

The author of the idea was the web-based edition "Ukraynska Pravda".

According to Sevhil Musayeva, the editor-in-chief of “Ukraynska Pravda”, the walkway was supposed to be planted earlier, but it was postponed several times due to the cold weather. Now it is timed to the 21st anniversary of “Ukraynska Pravda”, which will be celebrated on April 16, as ”Detektor Media” reported.

Sevhil Musayeva explained why maples and sakura were chosen for the Walk of Free Speech. “The maple is a symbol of peace and love, and the sakura is a symbol of the ephemerality and instantaneity of life. We want the trees to remind us more often about the essential things, ”she said.