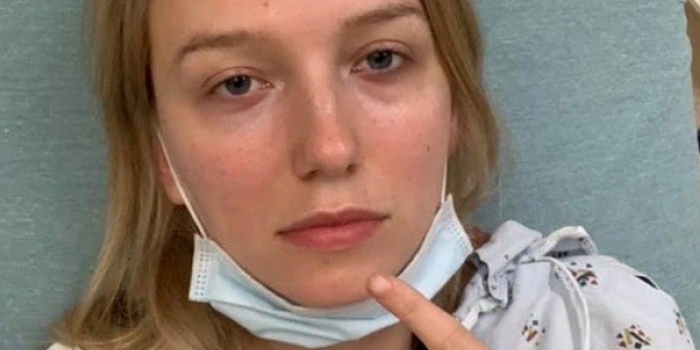 Khrystyna Shevchenko, journalist for Voice of America was attacked, as she was filming the protest in Santa Monica. Khrystyna Shevcheko told on Facebook, as Ukrinform reported.

She said the attack happened, as she was filming a story for the Chas-Time program.

“Everything went dark in my eyes , as I was punched on the top of my head. I fainted for a few seconds and fell. A tripod with a camera also fell on my foot. I shouted that I was the press and I managed to stand on one leg, ” the journalist said.

According to her, the attacker - an African-American - wanted to take the camera. No police was present.

Shevchenko was diagnosed with a fracture of two toes and a minor head injury.

The journalist added that she managed to film the attacker.

It will be recalled that mass protests have been going on in the United States for a week now. The curfew was imposed in at least 40 cities, and the authorities involved the National Guard in the fight against the pogroms.

Protests erupted after the death of George Floyd in Minneapolis on May 25. Police detained him while trying to pay in the store with a banknote, which sellers considered counterfeit. One of the cops pressed his head to the asphalt, pressing his knee to his throat, and Floyd died soon after.