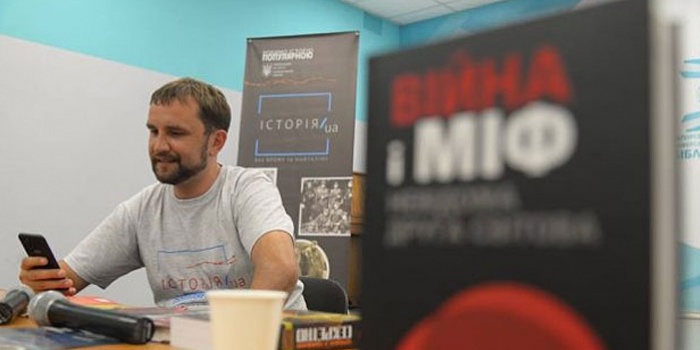 The Cabinet of Ministers has dismissed Chairman of the Ukrainian Institute of National Remembrance Volodymyr Viatrovych, who took office in March 2014, well-informed sources have told Ukrinform.

At the same time, Viatrovych wrote on Facebook that he had completed his term as chairman of the Ukrainian Institute of National Remembrance.

"I completed my cadence as chairman of the Ukrainian Institute of National Remembrance. These were five-and-a-half years. [...] The work became a daily extension of the Maidan for the sake of the realization of its values," he said, as Ukrinform reported.

He noted that most of the ambitious goals he set for himself had been achieved: "Ukraine is free from totalitarian symbolism; the KGB archives are open; justice for participants in the liberation movement has been restored: they have been recognized as fighters for independence; the rehabilitation of victims of repression under the updated law has begun; extensive work has been done to promote Ukrainian history and debunk myths about our past."

At the same time, Viatrovych expressed confidence that the work of the Ukrainian Institute of National Remembrance should continue. "Initiated institutional projects should be implemented - the creation of the Museum of the Revolution of Dignity and the Archive of National Memory. The work to promote history should continue – this is the knowledge that makes us not only smarter but also stronger," he said.

Viatrovych added that he had received assurances from Prime Minister Oleksiy Honcharuk that, despite the change of the head, the institute would retain the status of a government body and an instrument of the policy of national memory..

U.S., European allies among 29 countries condemning internet shutdowns in Belarus - RFE/RL
Want to learn first about the new research of the Institute of Mass Media? Subscribe to the newsletter!